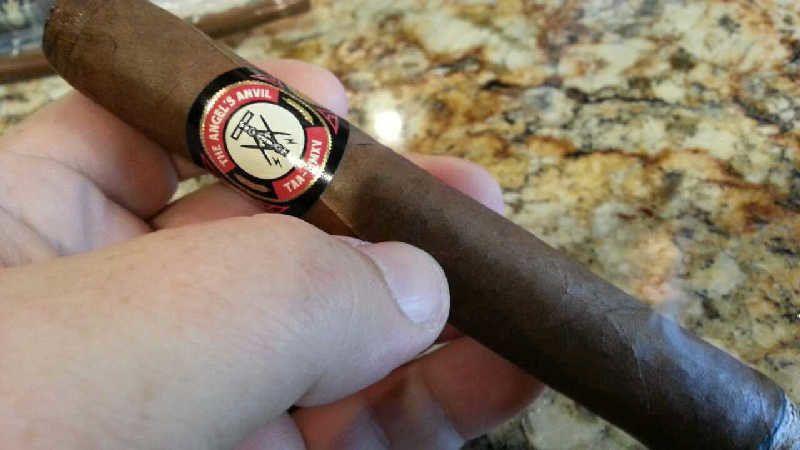 Tonight we’re smoking the 2015 Angel’s Anvil from Crowned Heads – the second in this series of TAA-limited releases.  The 2015 edition came in the form of a 6” x 52 toro (as opposed to the 2014 edition, which was 7.125” x 49, featured on Episode 152).  It features an Ecuadoran Habano wrapper over Nicaraguan binder and fillers, and retailed for just over $10US at release.  Total production was 20,000 cigars.