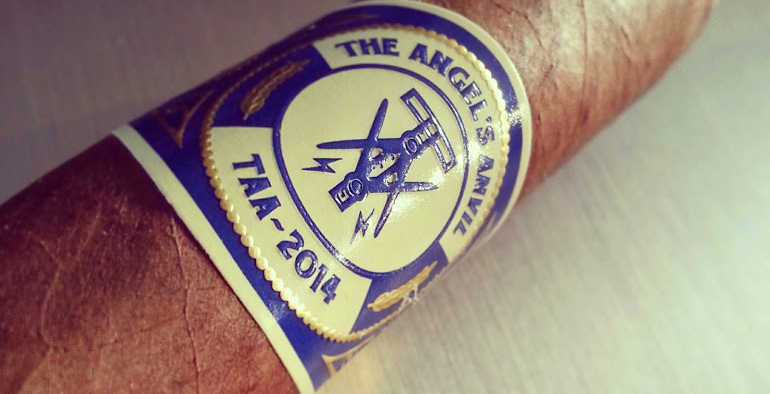 One of the limited TAA releases for 2014, the Angel’s Anvil from Crowned Heads is a 7-⅛” x 49 churchill that features an Ecuadoran Havana wrapper over Nicaraguan binder and fillers.  It was made at EP Carrillo’s La Alianza factory in the Dominican Republic.  They were originally sold for about $10.50, in boxes of 20 with a total production around 20,000.  Let’s see how it is smoking these days….