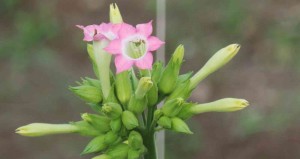 I have to apologize for not keeping these up to date in recent times.  With the advent of constant social media streaming, it’s sometimes difficult to put together galleries and post them up on a site.  I’ll attempt to keep it a little more current than has been the case in the past.  Here are a few events, gatherings, and travels to view through my eyes (or at least skim a couple good pics).

To view image galleries, click the respective title below….

I thinned the proverbial herd from 2,000 plus pictures down to what you’ll see on the following couple of pages.  This is always a fun event to celebrate the work going on in the Dominican Republic to help some people groups who dearly need it.  I give the Cigar Family Charitable Foundation the highest recommendation as a worthy cause (after my own) if you have a bit to spare and support.  Both are tax-deductible (consult your tax advisor), and every penny donated goes directly into aiding, feeding, and educating those in dire need.  All images are uploaded at reduced resolution, but they’re mine….so if you’d like one to print out let me know and I’ll email it to you!

Pics for the Humanitarian/Naturalist In You

On this page are pictures from the Cigar Family Celebrations (CFC’s) in the Dominican Republic spanning from 2011 through 2014.  Originally, these would have appeared in trip reports, but the albums had become so muddled I decided to aggregate them into categories based on subject matter rather than individual years.  CFC is a time of celebration for what has been done in the Dominican Republic by the Cigar Family Charitable Foundation, through the generosity of the Fuente & Newman families, and people like you!  Bonao, in particular, has seen incredible improvement in standard of living since CFCF was founded in 2001.  Once you’ve clicked and the page loaded, select the tab for which group you’d like to view.  Pictures on this page cover CFCF Grounds – the students, performances, classrooms, and general scenery around the grounds of CFCF.

There are also plenty of pics for all the folks here simply for the tobacco!  You can find those in this gallery.  These pictures cover Chateau de la Fuente farms and fields, Fuente cigar factory number 1, and a few other locations visited during the trips.  In 2013 and 2014, we were not allowed to take pictures inside the factory, so all those are 2012 and before.

*** These will continue to be updated to the new site format and theme in the very near future.  The list below will keep growing, so be sure to check back soon! ***