Home » About Half Ashed

Half Ashed is a weekly cigar podcast and live internet radio show founded in February 20131 and hosted by Craig Schneider and Kip Fisher.  The show spawned from a deep – some would say obsessive – passion for tobacco.  Kip and Craig have been labeled fanatical by many in their pursuit of the hobby, but we all need a way to occupy our time, right?

We strive to be a leading provider of pipe tobacco and cigar reviews, editorial commentary, legislative concerns and industry news for the premium cigar industry.  This is accomplished through both written articles and a weekly cigar podcast/internet radio show.  Items are often published in written form, and then covered more in-depth during each episode of Half Ashed.  Featured products are showcased and reviewed live during the show while discussing the week’s news.  Occasional Unbanded cigars give us a chance to humble ourselves publicly with best guesses of origin and other details about a totally unknown blend.  Various other show segments detail what else we’ve been smoking, listener emails and miscellaneous other related content as it arises.

We’re prone to odd conversational offshoots, but Half Ashed is very much a cigar show…for cigar folks.  We’re simply hardcore cigar guys who have an undying love for the leaf, the industry, and more importantly the people who share the common bond.  To that end,we also offer a forum where listeners can join our community and learn from each other.  We invite you to join us in this passion as we continue to learn as much as we can about the Divine Herb and have a great deal of fun in the process.

You can find us live on our recording page around 9:30pm EST every Friday night.  We also publish the show as a recorded podcast available through any of the outlets in the sidebar at right.  During live shows, listeners can participate and interact with us via the chatroom.  You can monitor Kip’s Twitter feed, Craig’s Twitter feed, or the Half Ashed Facebook page for recording schedule changes.

There are a number of ways to watch or listen to previously recorded shows:

Video (unedited) of the show is available on The Half Ashed YouTube Channel.

Audio from the show will be published here on the website in weekly “show summary” posts, which include a link to download respective episodes (For past shows, you can also visit the Half Ashed Archive).  To subscribe to our email newsletter, enter your email address in the sidebar at top right of this page.  To subscribe via iTunes or RSS, you can also point your favorite podcast app toward the appropriate link in the sidebar.

1Content predating that time is provided as a partial archive from The Cigarmy, a previous site founded and managed by Kip.  As of October 2014, the two sites have been fully consolidated into a singular media outlet. 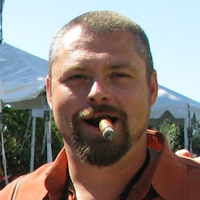 I’m just a guy who has what some naysayers might be led to call an unnatural obsession with the divine herb we know as tobacco.  I began smoking cigars in late 1994, and pipes soon afterward.  I have shifted focus back and forth over the years, not willing to declare once and for all which I prefer.  I enjoy both immensely.  I was a dabbler for many years, only truly diving into the hobby fully for the past decade.  In that time, I’ve amassed a somewhat sizable selection of pipes, vintage tobaccos, accessories and to a lesser degree cigars…I have trouble resisting the urge to smoke cigars up before they’ve properly aged for any amount of time, but I have managed to keep a few around.

To a much greater degree than Craig, I’m “That Guy” who loves to walk into a cigar shop and ask “What’s new?”  While I highly value the advice of a good tobacconist, I don’t mind giving something a try for myself to decide whether or not it’s worthwhile for me.  I try most any new cigar or pipe blend I can get my hands on.  There are certainly plenty of flops, fails and duds to be found; by the same token, there are many unknown gems out there too!  This has given me the opportunity to sample a considerable number of makes and marques, and provides me a solid – but evolving – rotation of regular smokes, complemented by many new brands as well.  I don’t consider myself an expert, but rather a well-seasoned neophyte; always looking and learning.  I love the chase.  The journey deeper into this hobby we all love.  I even love that with each new facet of tobacco I learn, I have a greater understanding of what I don’t know.  It gives me the piece of the puzzle or portion of trail to follow.  I dig it.

I founded The Cigarmy back in 2011, and co-founded Half Ashed with Craig in February 2013.  As of October 2014, we consolidated the two and now my full focus is here on Half Ashed.  You can find me each Friday night at 9:30pm EST recording the show (join us for live streaming video and chatroom, where you can interact with the show),on our forum, or by dropping me a line to [email protected]  Thanks for coming by and hanging out! 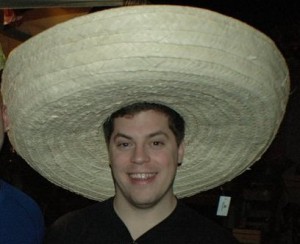 Hello cyber cigar world. Over the next however many years I’ll be part of the hosting tandem that is the Half Ashed Cigar Podcast. My name is Craig Schneider and I am what you’d call the “color” commentator of our show. You’ll quickly realize that I have no format, no form, no skill really, just the uninhibited passion of a man and his love for cigars. You’ll also learn to listen to what I mean rather than just hearing what I say. I’m sure I’ll open a few eyes and perhaps even teach a thing or two. Most of all I think you’ll enjoy the ride that we’ll be on together.

If I sound vaguely familiar or if my drawn out rants have put you to sleep in the past, it was likely during an episode of Dogwatch Cigar Radio (formerly Dogwatch Social Club) where I guest hosted over 75 occasions. Through my experiences on Dogwatch I not only gained an appreciation for the media but was lucky enough to meet my brilliant co-host, Kip Fisher. One thing you’ll learn about me is that I appreciate, but do not frequent, the internet cigar world. Nearly 15 years ago I was part of the first generation of cigar smokers to branch out into the World Wide Web and have since whittled down my intake to only the best and brightest of the internet cigar blogs/boards. High on that list was The Cigarmy. What was initially Kip’s humble cigar blog went on to become one of the best resources for objective, non-pretentious reviews of new and boutique cigars. That, along with our multiple opportunities to host Dogwatch together, made my mind up that partnering with him was not just a goal but a necessity.

I was raised to be a patriotic American and naturally became an adult who expresses that patriotism through foreign appreciation. I am passionate about not being an ass. Whether I’m picking up litter in a parking lot or turning down the music in my car at a stop light, I try to be aware that through respect, the people around us know they are appreciated.

I am a sustainable home builder and architect by day and an infatuated husband and father by night. I love my life. I love my wife. And I’m happy to be here with you all. I prefer my cigars aged and their profile to be slightly sweet and bready. The best cigar I’ve ever smoked was a Don Candido or a Partagas 150. I’ve smoked probably 50 perfect cigars in my life and I hope that every next one I light up will be the 51st. There’s nothing quite like it.

Good night everybody, and thanks for listening.

My name is Craig Schneider and I am what you’d call the “color” commentator of our show.If I sound vaguely familiar or if my drawn out rants have put you to sleep in the past, it was likely during an episode of Dogwatch Cigar Radio where I guest hosted on over 75 occasions.
I am a sustainable home builder and architect by day and an infatuated husband and father by night. I love my life. I love my wife. And I’m happy to be here with you all. I prefer my cigars aged and their profile to be slightly sweet and bready.I’ve smoked probably 50 perfect cigars in my life and I hope that every next one I light up will be the 51st. There’s nothing quite like it.

Latest posts by Craig (see all)