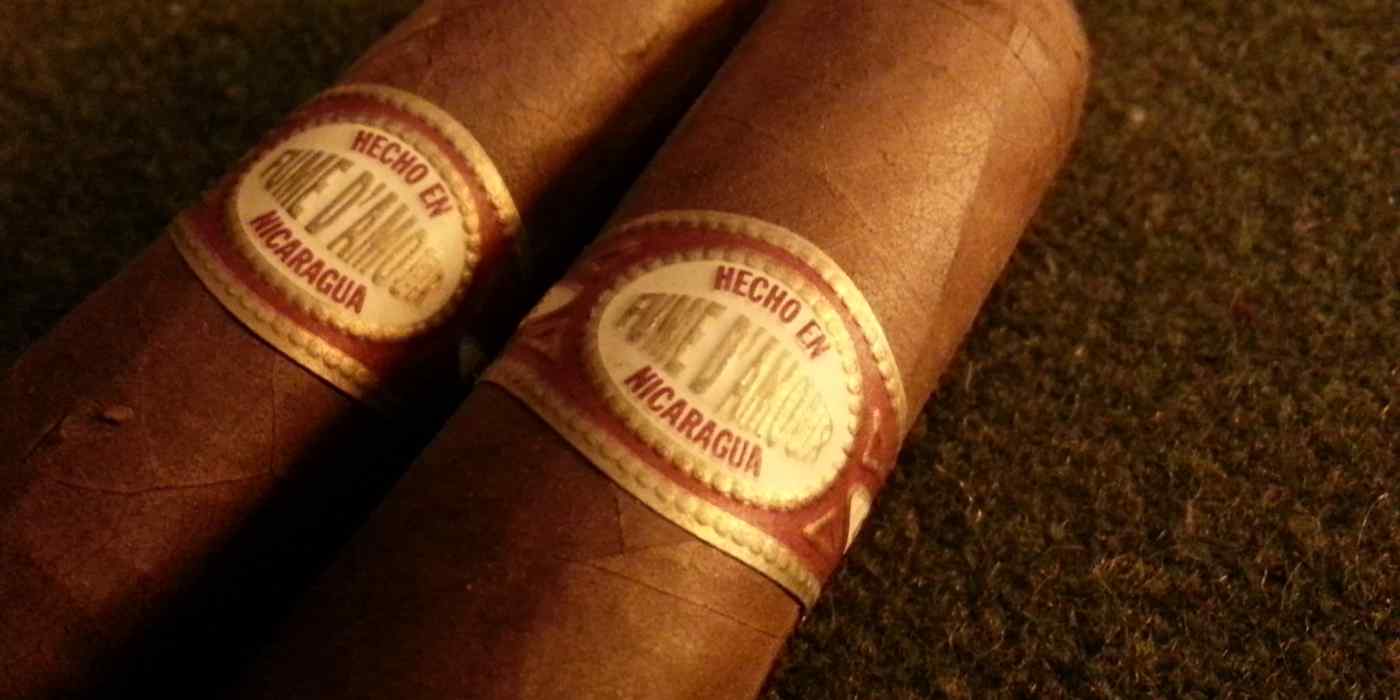 Welcome to Episode 096!  Tonight, we’re smoking the most recent full line introduction from illusione.  After about a 3 year break from core additions, the Fume D’Amour (Smoke of Love) came out at the end of August 2014.  One of the more interesting aspects of this line is the total absence of ligero.  Dion (Giolito) claims to have found enough flavor and strength in some of the lower viso and seco primings from available AGANORSA stock.  It comes in 4 vitolas (Lagunas – 4 1/4 x 42 Viejos – 5 x 50 Capistranos – 6 x 56 Clementes – 6 1/2 x 48).  The illusione website remarks that it comes in these four…but more are to come.  Even with a later introduction during the year, the line made it into the number three spot on Cigar Aficionado’s Top Cigars for 2014.  Tune in to the show to find out how it went!

In the next episode we will be featuring a yet-to-be-determined cigar from Craig’s offerings, so be sure to check back in Friday night at 9:30pm EST on halfashed.com where you can catch us recording and participate in the new and much improved chatroom.  If you would like to contact us in the meantime, you can reach us via the “Click to Contact Us!” tab at the side of this page, or at the following emails: [email protected] or [email protected] Please feel free to drop us a line if you have any questions you’d like answered, comments to make…or even compliments and complaints.  We love to get your emails!  Also, remember you can always go back and listen to previous episodes, which can be found in the Half Ashed Archive.  You can download this week’s audio directly below (right-click “Download” and save), find us on iTunes, or subscribe with any podcast app at our RSS Feed.  Video, as always, will be available at the Half Ashed YouTube Channel.