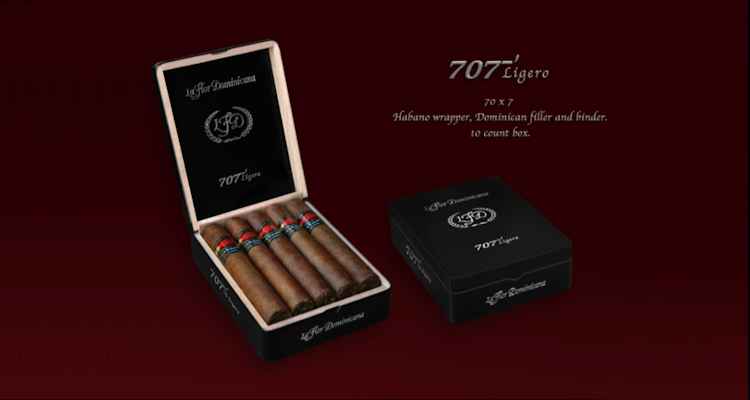 Earlier this week, La Flor Dominicana announced the impending release of a new cigar.  The 707 Ligero is reported to be a full-bodied blend, featuring an “aged Ecuadorian Habano wrapper,” and Dominican binder and filler mix.  The cigar will be the latest in a recent trend toward bigger and bigger cigars, and will in fact be the largest regular-production cigar La Flor Dominicana has ever produced.  It will be 7″ by 70 ring, and come in ten count boxes.  MSRP has been set at $10.50 per cigar ($105 per box), and should begin shipping this week (week of December 15, 2014).

La Flor Dominicana is a vertically integrated premium cigar company, where we proudly control the production process from the seed to the final grading, inspecting, packaging and distribution. Our tobaccos are grown at our farm in La Canela, Dominican Republic. Our factory is located in Tamboril.