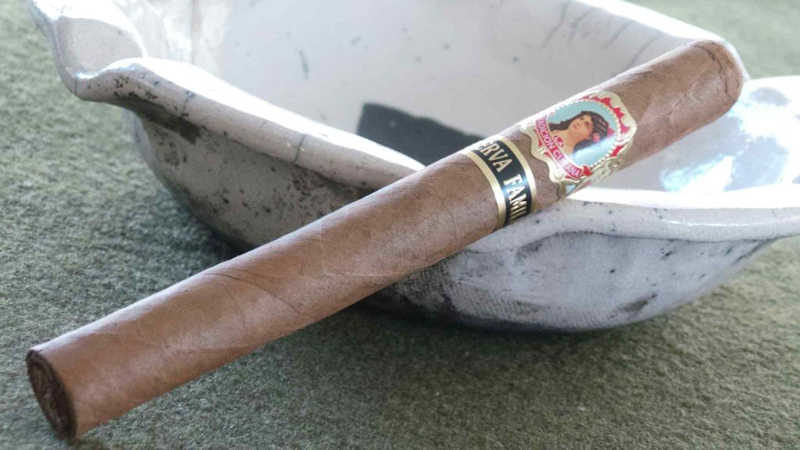 Kip – Tonight’s sample of the La Tradicion Cubana Reserva Familiar (Family Reserve) is nigh on 3 years old at this point. We are smoking the toro vitola at around 6” x 48-50 ring. This line spun off the original LTC line with some minor changes – these carrying an Ecuadorian wrapper over an undisclosed binder and Dominican fillers. There’s still a similar aroma of hay on the wrapper, with a darker, more raisin-like scent at the foot. Originally, I found these very similar to the standard LTC but with more bold, spicy flavors. Think baking spice with a bit of an edge. Scored a 90.7 in my last review in December 2014.

Tonight, we went light on news (scant days, these are) and heavy on chatter about the featured cigar.  We did, however, remember a couple of gentlemen and masters in the cigar world that have recently passed.  We also talked a bit about some recent legislative comments from FDA commissioner Gottlieb.

Opus “A” from CFC 2013, courtesy of Nick
“Décima”, another offering to recently come from the makers of Chogüí and others I’ve spoken of over the past 18 months or so….
Pipes!