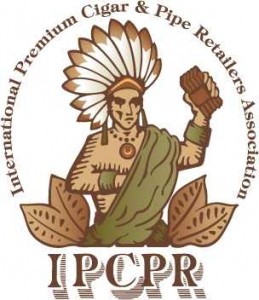 As expected and reported on last week’s episode of Half Ashed, the New Orleans City Council has voted on an extensive smoking ban, which had potential impact on this year’s IPCPR tradeshow in the city.  The ban, proposed by Councilwoman LaToya Cantrell, passed unanimously today.  I received an email update from IPCPR earlier this afternoon with some minor details, notably that some favorable exemptions/amendments were included in the ordinance.  From that email:

“As amended, the legislation will not impact the International Premium Cigar and Pipe Retailer Association’s (IPCPR) local members or our 83rd Annual Convention & International Trade Show. The ability to smoke in cigar bars, the convention center, and in facilities being used for private events is protected by the amendments.”

“Your representatives from IPCPR and the Cigar Association of America have been working diligently with the New Orleans City Council on behalf of retailers and manufacturers. Thank you to all IPCPR members who contacted the City Council to voice your concerns regarding the original legislation. With your help, we generated nearly 700 emails to the Councilmembers. Your active participation was critical to our success.”

While on the surface this seems favorable, I have reservation about declaring it a victory by any stretch of the imagination.  Granted, I’m no fan of smoking bans in just about any form, but believe an organization or entity should be left to make its own decisions about how/if/when legal behaviors are conducted on its premises.  Consumers and employees can make their own choice as to whether or not they are willing to patronize or work in a given establishment based on their support of those decisions.

Where Do We Go From Here?

I appreciate the efforts of IPCPR staff, and those of other groups like CRA.  I really do.  But, a group is only as strong as the membership.  Where do we (cigar smokers) go from here?  I don’t think we’ve thrown in the towel yet, but it gets tougher to see the light at the far end of the tunnel with every passing day.  If we can’t muster more than 1-2% of the cigar smoking public to join the effort…and, on average, 10-20% of those who have to take a few minutes to type out an email or make a phone call, we’re doomed.  Sometimes it feels as if we (the cigar community at large) are “coming home with ‘D’ on [our] report card and telling [our] parents “at least I didn’t get a F.” to quote another member of the cigar media this afternoon.  The virality of smoking bans and other anti-tobacco legislation is progressing at a more alarming rate than ever before in our lifetime (unless you were alive in 17th century England).  We continue to take our lumps and move on to tomorrow.  That approach is beneficial in some situations, but rolling over quietly has little place here.

The statement being made by the New Orleans City Council is that of disapproval for tobacco; however, they have no qualms about any direct or collateral monies received via an event such as the IPCPR tradeshow.  The governmental bodies imposing such restrictions are sending a mixed message, to be generous.  More egregious are the states who have banned smoking across the board, only to later decide some exemptions would be made if establishment owners would follow a set of guidelines and pay exorbitant fees for the privilege.  If the intent is truly to protect public health (as they so often declare), how is it appropriate to assign a value?  Why is smoking so dangerous to the innocent bystanders hanging out in cigar bars unless the owner has paid a yearly endorsement (every last dripping bit of facetiousness intended)?

God has given you one face and you make yourselves another. –William Shakespeare, Hamlet, Act 3 Scene 1

I’m certainly not a proponent of outright bans.  But this cloudy gray area is often a prelude to one-sided concession, presented as a compromise.  We should fight to win, not give a mile to preserve an inch and spin it as success.  The fuzzy political lines in this battle are tiresome to say the least.  I don’t think we can continue to simply pretend we’re fighting a battle.  Lip service is not enough.  Paying an annual membership fee for our organization-of-choice and “really hoping for the best” is not enough.  There is no reason everyone reading this should be unwilling to at least pick up a phone with some regularity and call legislators…drop frequent emails…and show up at local council meetings with an opinion when (not if) affronts to this hobby sally forth.  This isn’t difficult.  It doesn’t require an advanced degree in political science or journalism.  It ain’t rocket science.  If those of us who enjoy an occasional cigar or pipe can’t get on the same page, someone is going to take the book from our hands.  Many of the folks we’ve installed to represent us have shown – and increasingly show – where they clearly stand.

“Nothing so needs reforming as other people’s habits.” – Mark Twain, Pudd’nhead Wilson’s Calendar for 1894

Let me encourage you to get involved, whether via the things I just mentioned or some other creative way to make yourselves heard.