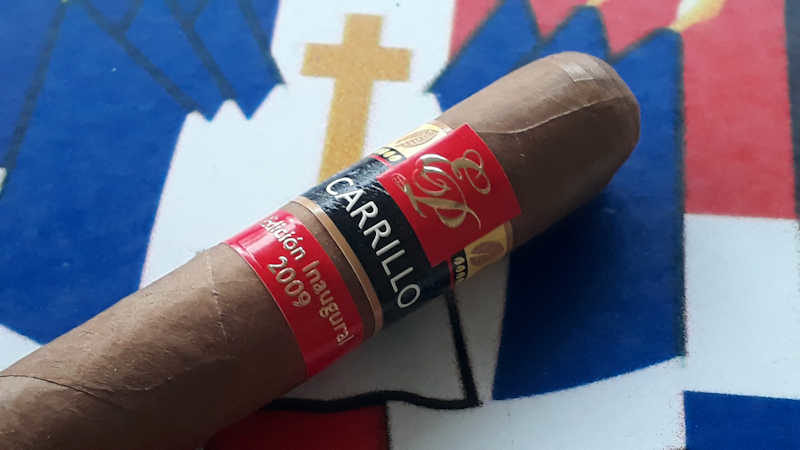 Craig – The EPC Edicion Inaugural was a cigar that was heralded as the reintroduction of a legend amongst casual & serious cigar smokers. Ernie Perez-Carillo was coming back after selling off his fabled brand, La Gloria Cubana, to General Cigar. His Non-Compete was up and he was ready to show that he still had the desire and skill to carve his own niche. The EI09 was widely praised for being incredibly complex and approachable. Having been at the IPCPR where it debuted, I can remember seeing billboards leading from the airport to the convention center teasing its release and Ernie’s welcome. Initially some found the cigar to be mild while others found its complexity to stand on its own and trump nicotine strength as the descriptor. What I do know is that I was not an immediate fan but soon became one after a bit of time settling down post convention. I’ve followed this 5-⅜”x52ring cigar over the years and found its journey to be a figurative rollercoaster of all aspects that a cigar can display. At times its been strong, others mild. Spicy, sweet, slow burner and fast. Even now as I sit sipping the cold draw I’m met with a new sensation; the wrapper’s aroma is an oddly enjoyable mixture of ammonia and alcohol. This cigar is 8 years old and it still has some mild ammonia! One thing I can say for certain is that it is made of top quality components and has been stored in its original cellophane, in a sealed heavy duty plastic bag since I bought it a couple of years back. It’s well cared for and seems to be taking care of the smoker as well as the smoker has taken care of it.

Rather than my normal summation of the news, here is a quick bullet list of a few topics we discuss in this episode:

Halfwheel is reporting that Swedish Match has entirely exited the premium cigar business, selling off their remaining shares of Scandinavian Tobacco Group.

Oliva Serie V Maduro is a 6”x60 again. Whatever.

Terence Reilly leaves Quesada….and quickly lands at one of my (Kip’s) favorites

It’s now more difficult (again!) to travel to Cuba as an American citizen….