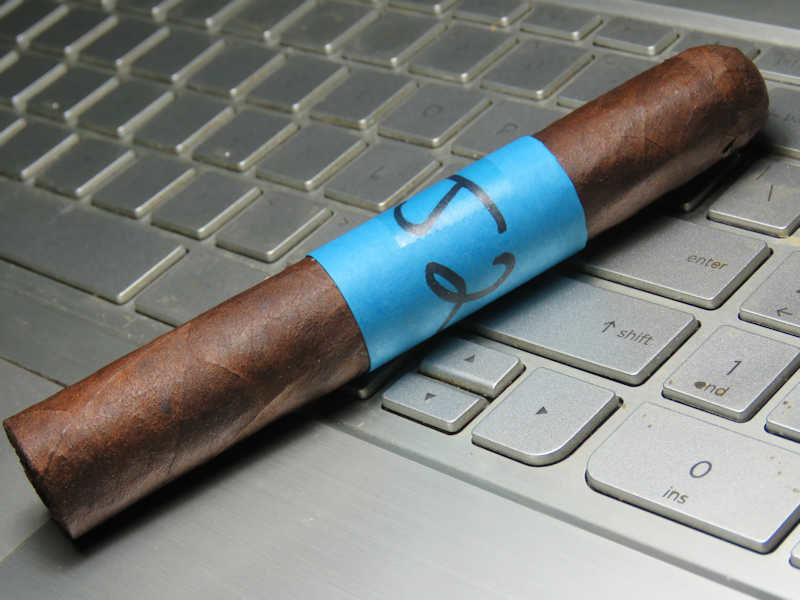 Unbanded 034 (J2) from JLedou. Tonight’s Unbanded is a robusto, coming in at 5”x50 with an evenly colored, dark brown wrapper. The wrapper is actually very oily, although this is disguised by the tooth. The cold draw is sweet, with an aroma much like seasoned hay. All seems delightful pre-light for me (Kip)….let’s see how it fires up.

Since our last show, there were a couple of name changes in the industry.  First, Casa Fernandez announced they were renaming the organization AGANORSA Leaf.  There are a lot of names associated with the cigar company, their growing operations, and factories….Tabacalera Tropicale (formerly), Casa Fernandez, TABSA, etc.  The new name will change the focus from a family name to the tobacco itself (which to me is unique and delicious….Craig would stop at “unique”).

Secondly, with a move in the other direction, JC Newman has renamed their PENSA factory as JC Newman PENSA.  The move was described in their press release as part of an effort to “to elevate the ‘J.C. Newman’ name and use it to tell our story as a 123-year-old, four-generation family business, and America’s oldest family-owned premium cigar maker.”

The name changes, whatever the motivation, don’t mean a lot to me.  The biggest thing I noticed was the statement in the press release that JC Newman rolls 100,000 cigars per day in the Nicaraguan factory.  Knowing that Fuente still makes many of their flagship marcas, that’s a lot more cigars than I would have thought….

On the heels of featuring a Southern Draw CotW, we have a bit of news from them as well.  It’s called the Ignite Series of cigars, and is a joint operation with retailers to raise money for various charitable organizations, especially those directly related to service member aid and cigar rights preservation.  Several cigars will be released during the balance of the year, and will be sold in 10 count jars – each of which will generate $7.50 of donated value (50/50 SD/retailer) – for a total donation of $37,500. Op:CFW will be the  first beneficiary for the series.

Continuing with the long-running TAA releases, Tatuaje will be producing the TAA 50th this year.  It will be a pressed 5”x52 robusto, made up of a CT Broadleaf wrapper over Nicaraguan binder and filler mix.  MSRP will be $11.95. This has been one of my favorite Tatuaje series. I always expect great things, and haven’t been disappointed by any of the editions.

Drac – So, so underrated as a blend. Closest to original
Mummy – A true surprise. Excellent, elegant, suave
Tiff – Belle of the ball