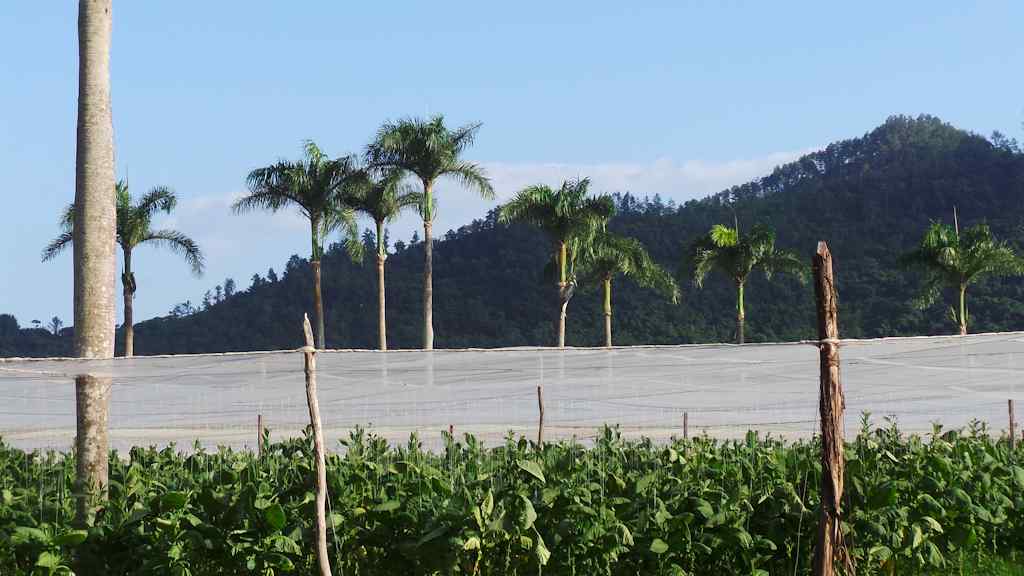 These 8 Royal Palms at Chateau de la Fuente. Who knows the story? And where do you commonly see an image of them?