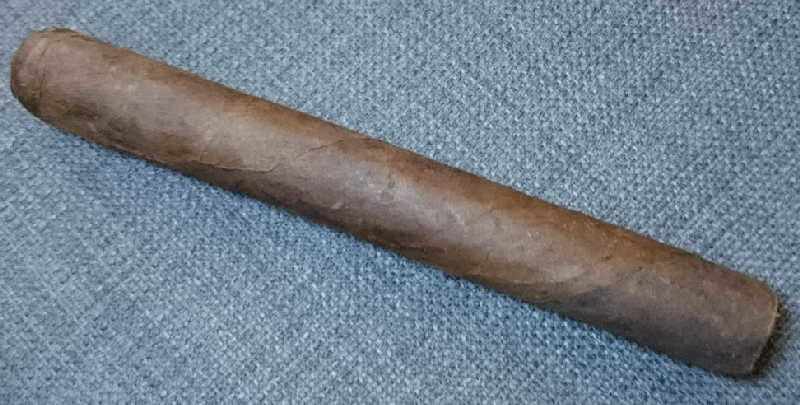 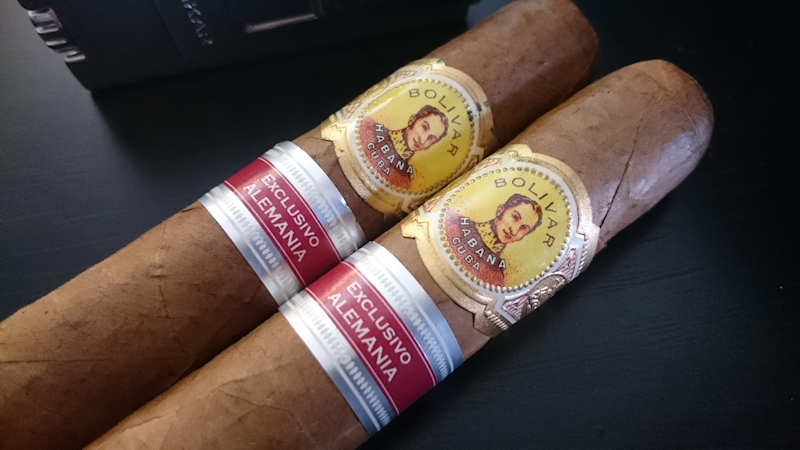 The Bolivar Colosales ER Alemania is a moderately large cigar coming in by direct measurement of 52x 6”. We were intending to review the Libertador from France this week but after each of us smoked them and discovered that they were in a bit of a funk, we punted, and changed over to the other RE we have for this mini vertical review. The Colosales is a regional release from 2006 and a highly anticipated cigar at the time. Both the Colosales and the Libertador were large ring Boli’s but the German variant was a slightly deeper, stronger cigar 9 years ago. Bolivar is known for earthy, tobacco centric flavors and this cigar is akin to that, though more citrusy & sweeter than typical.

The Regional Editions began after the success of two specially commissioned cigars in 2004. The reintroduction of the famous Bolivar Gold Medal and a VR called the Jubelium were released in Germany to critical and market success. Habanos capitalized on this success with three REs in 2005 and exponentially more in the years following.

Congrats to Liana Fuente, who is getting married tomorrow.

Proposal by HUD to ban smoking throughout all public housing – citing concern for health dangers from secondhand smoke…would help improve the health of ”more than 760,000 children and help public housing agencies save $153 million every year in healthcare, repairs and preventable fires.” (Washington Post)

The C.Gars Ltd Auction, which we spoke about a bit a couple weeks ago, is scheduled and features a FULL 250-count (!) pre-embargo of RyJ Invencibles (5.5”x33).  The auction will take place on Nov. 30th.

Christian Eiroa is celebrating 20 years, kinda.  It’s been 20 years since he first began working in the industry, although he did have an almost 4-year hiatus after selling his former company (Caribe Imported Cigars, which included Camacho) in 2008.  The “First 20 Years” line will made at his El Aladino factory in Honduras, and come in 4 sizes – a 6”x46, 5”x50 robusto, 6”x54, and 6”x60.  It will also be a Honduran puro with all-Jamastran tobacco.  Christian’s father Julio reportedly grew the binder & filler from a seed varietal that hasn’t been grown in 50 years and presented the tobacco to Christian for the celebration of his 20 years.  MSRP will run $12-14 per stick.

Partagas Maduro No.1 – Surprisingly good but in no way a formal endorsement. Dark & sweet, thought not overpoweringly so.

Padron Damaso – These really do line up for my take on what a Connie should be.

Punch Signature Gordo…yes, a 60 ring!  And I liked it!  I enjoyed the Robusto in this line several months ago when it was introduced.  A kind listener sent me one of the Gordo 6×60, and while I don’t typically smoke big ring cigars I gave this one a try.  I have to say it did not suck at all.  In fact, the 89 score on the robusto would probably have been a point or two higher had I smoked the Gordo.  It had the sweet, peppery spice like the robusto – but with more emphasis on the “sweet.”  It also had lots of nutty accompaniment throughout its length and occasional flashes of chili-chocolate (also like the robusto).  Although it still featured a good bit of strength, I found it more manageable than the robusto even.  Loved it, and knowing it can be found for a very reasonable $4.35/stick it’d be hard to beat.

Ashton’s LAdC Mi Amor Reserva…Without smoking them side-by-side, I have difficulty nailing down differences between the Reserva and standard blend in this line.  Lots of cocoa, backed up by a healthy but approachable dose of Nicaraguan spice.  Very good.

The other Bolivar Colosales ER Alemania….

Tonight we have a special topic to kick around for a big part of the show….Fermentation!  Craig and I kick around a few thoughts on fermentation, aging, and how the two differ…

In the next episode (132), we will be smoking the Asylum “99 Problems”.  So come by Friday night and hang out with us in the chatroom during the show.  If you would like to contact us in the meantime, you can reach us via the Contact Page or the following emails:[email protected] or [email protected]  Please feel free to drop us a line if you have any questions you’d like answered, comments to make…or even compliments and complaints.  We love to get your emails!  Also, remember you can always go back and listen to previous episodes, which can be found in the Half Ashed Archive.  You can download this week’s audio directly below (right-click “Download” and save), find us on iTunes, or subscribe with any podcast app at our RSS Feed.  Video, as always, will be available at the Half Ashed YouTube Channel. 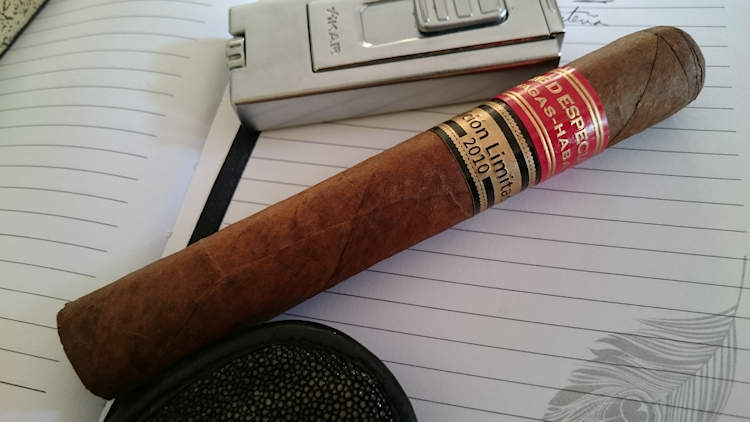 In the next episode (124), Kip will be joined by none other than Will “Cigar Coop” Cooper.  So come by Friday night and hang out with us in the chatroom during the show.  If you would like to contact us in the meantime, you can reach us via the Contact Page or the following emails: [email protected] or [email protected] Please feel free to drop us a line if you have any questions you’d like answered, comments to make…or even compliments and complaints.  We love to get your emails!  Also, remember you can always go back and listen to previous episodes, which can be found in the Half Ashed Archive.  You can download this week’s audio directly below (right-click “Download” and save), find us on iTunes, or subscribe with any podcast app at our RSS Feed.  Video, as always, will be available at the Half Ashed YouTube Channel.