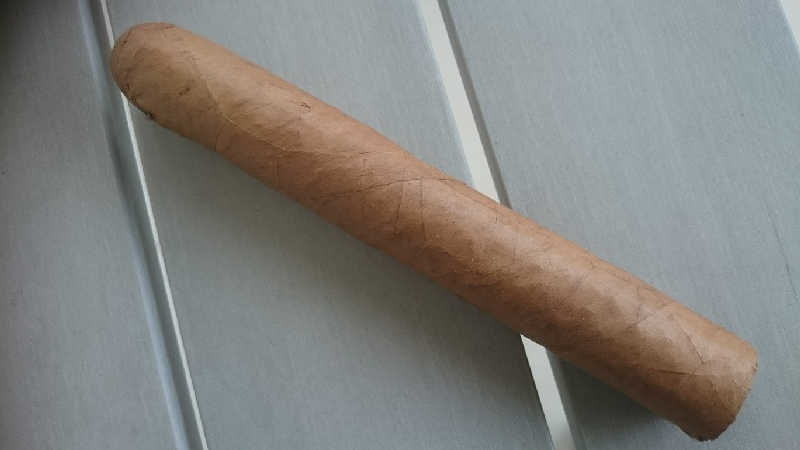 In 2010 Cuba did something the cigar industry had never seen before. It figured out how to utilize a segment of the tobacco plant never used for a cigar before. The Medio Tiempo leaf was included in the Cohiba Behike line, representing its first use in any major production vitola. It is essentially the two (or 4) leaves atop of a tobacco plant that SOMETIMES grow. This is not the corona, where the ligero comes from. This is above the ligero.

The Behike was released with the front marque of 52, 54 & 56, and logically grew in size amongst its three offerings and brought an entirely new depth of flavor to the famed Cohiba flagship. Cohiba was finally deep & dark, dirty & grimey. And people loved it. A friend returned from the island in early 2010 with a bundle of 56s prior to their release. These are the cigars we’re smoking from tonight. I can’t be certain they represent the final production blend, or even the same blend amongst the entire bundle. I can be certain that they are characteristically Cohiba and many are downright earthy enough to keep even the biggest fan satisfied. Brown sugar, vanilla & earth are primary flavors. Citrus weaves in and out as a welcome palate cleanser amongst these sticks.

The big news for the day is another round of changes for those Cuban aficionados who travel abroad.  President Obama has further loosened the restrictions on bringing Cuban goods – especially tobacco and alcohol – back to the U.S.  It appears that soon the $100 limit on those 2 classes of goods will be lifted, and the allowances will be brought in line with similar products from other countries.  Additionally, you will be able to bring back Cuban goods without setting specifically traveling there.  Formerly, one could only bring back Cuban items if they had traveled to Cuba; now Cuban goods can be returned from trips to third-party locales.  The big question remains “Can I buy Cuban cigars from American retailers?  Order them online?”  The answer to that – legally – is “no.”

The CAO Amazon is back!  Of all the CAO releases – both pre- and post-General buyout – this was my favorite.  The problem is, it’s limited in scope.  The story says it’s a rare, little-produced tobacco within the blend that limits production due to its scarcity and difficulty in bringing it to market.  It was originally released in 2014, but was short-lived.  The latest batch should be hitting shelves over the next couple weeks.  The blend is Ecuadoran Sumatra over Nicaraguan binder and Nicaraguan/Brazilian fillers.  The special leaf contained is known as Bragança (I believe this is pronounced bruh-GAHN-suh).  The new cigars come in just over $10 per stick.

Fresh on the heels of resigning from Maya Selva, Gabriel Alvarez has joined a different cigar company – Casa Cuevas – as Director of Sales.  I have to admit I had never heard of Casa Cuevas, although they apparently have a factory nearby in Santiago.  Based on their website, they’ve made cigars for Toraño, Leccia, and Gurkha.  They previously specialized in making cigars for others, but have decided to branch out and produce some under their own name.  I will report back when I know more on the brand….