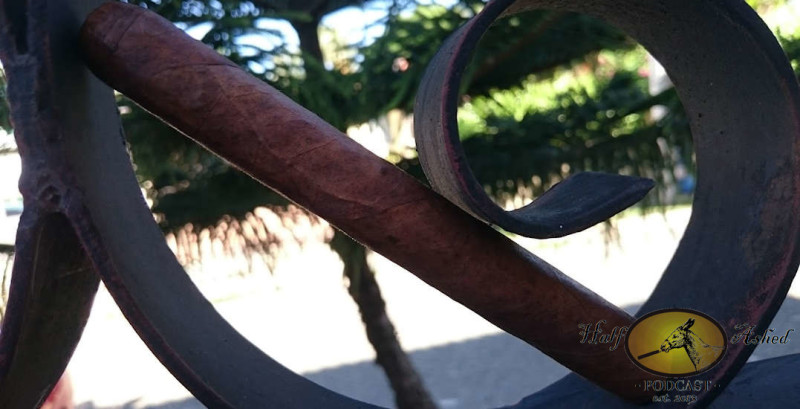 Tonight, we’re smoking another Unbanded from the generous Kevin Hasselwander – thanks, Kevin!  The following are Craig’s notes about it before lighting.  Tune in for the grand reveal!  A 6-½”x44 heavy in the hand, colorado colored cigar. If I didn’t know better, I’d say that it was a Cuban cigar by the texture & appearance of the (seemingly Habano) wrapper. It’s very firm and has a rustic triple cap. The appearance at the foot looks as if it’s a “book” style of bunching which, partnered with the density & weight, makes me somewhat anxious about how it draws. The unlit draw & aroma please, with the perfect resistance and a slight spicy sweetness in the sensation. We shall see how it progresses!