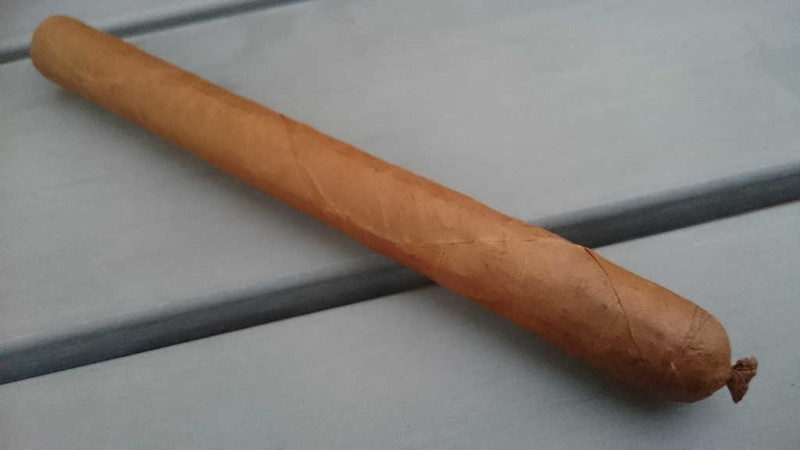 Front runner in the longest cigar name competition, the Hoyo de Monterrey Hoyo de Dauphin is a little known gem from Havana. Rolled in 2001, the Laguito#2 (6” x 38”) is a beautiful example of the complexity that comes with certain examples form the Hoyo de Monterrey line. It explodes with nothing but “soft” style flavors and falls right within the sweet spot of “morning smoke” and “after dinner relaxation”. It’s only downfall may be its burn time. This stick often ends sooner than you’d like, and unfortunately that’s not just because of its size. Some people say the finish is very woodsy but that can be misleading to a N/C smoke who typically can equate a woody flavor to Jalapan Nicaraguan tobacco. This woodsy flavor is more fresh dry forest than dark, smokey hardwoods. It is also almost always paired well with a light brown sugar flavor.

Back to Chicagoland for an update…Mayor Rahm Emanuel has, for the most part, gotten his way.  After a brief delay on voting, the City Council passed legislation to increase the already steep Chicago-area tobacco taxes by a margin of 35-10.  Additionally, the legal age to purchase tobacco products has been increased from 18 to 21.  The new tax will be effective July 1st, and there will be no floor tax on existing inventory held before that date.  There’s a good deal of math on how the tax will be calculated, but it essentially boils down to about an extra $0.20 per cigar for large cigars.  Small cigars, pipe tobacco  and smokeless tobacco will have additional taxes as well.

Craig will be happy to learn that the Hirochi Robaina inventory is being replenished as we speak.  We talked recently about the formation of White Hat Tobacco, the new company responsible for distributing the cigars.  The HR Habano will have the same blend and manufacturer as in the past, and should be on store shelves shortly.

Cuban cigars for Americans?!?  Yes….kinda.  It’s no longer illegal for Americans traveling abroad to *partake* of Cuban produced goods in third-party countries.  The prohibition still exists to bring the goods back into the USA unless you’re traveling from Cuba.  Until now, it was technically illegal for Americans to purchase Cuba’s products while abroad, although it was a nearly unenforceable statute.  This, to my uninformed mind, is a big step politically in that it’s progress along an intended path….but means little in practice specifically.

As an editorial sidenote to this story, it’s interesting to me for two other reasons. First, some vendors offer on site storage of cigars you purchase. To me, that becomes legal for Americans. I haven’t spoken to anyone who interprets this new executive action to preclude that opportunity. Secondly, there are people intimately familiar with Cuba and Cuban/US politics who believe the embargo is more of a mess to be sorted out than a political fiasco to compromise over. There is so much financially which needs to be sorted out. Congress won’t overturn Helms/Burton unless it knows its not opening Pandora’s Box in regard to legal & financial lawsuits. This loosening of the embargo’s belt is seen by me as another casual step in sorting out the financials of the past 53+ years.

Davidoff has been putting out a little info on some upcoming additions to their Cusano lineup.  After sweeping revamps at Camacho, Avo, and expanding outside the former Davidoff “box,” they appear to be trickling down into some of their other holdings now.  The company bought out Cusano from founders Joe & Mike Chiusano several years ago, but hasn’t really done a great deal with the offerings under the name since.  Within the past month or so, they’ve announced upcoming releases in the Cusano Dominican line – in Connecticut and Maduro.  The CT will feature an EC CT wrapper and binder, and a mix of Dominican filler tobacco.  The Maduro will have a Mexican San Andres wrapper over EC CT binder, and Dominican filler blend.  It’s going to be available in a robusto, toro, churchill, and gordo and retail for $4.50 – $6.00, depending on size.  I have a long history with this brand, but haven’t had any in quite a long while.

The Cigar Authority is reporting that the FDA’s deeming regulations have been “frozen” at this time. I am unfamiliar with details but the news has just broken of this tonight. First thoughts seem to be that this is for the best.

Illusione Rothschild – These are a milk chocolate bomb. When on, they can be a go-to stick for just about anyone. I find them to be inconsistent, not in overall blend, but in how that blend comes across. This one’s tendency was to taste as it always has but be so dirty & palate coating that it negatively impacted the experience.

Cabaiguan Maduro PC – I love this line but think this may be my least favorite of them. It does not demonstrate the lovely maduro qualities of the larger sizes. I typically prefer smaller stuff. Not in this blend. Good despite its shortcomings. Great in larger sizes.

Next episode (142), we will be smoking the Campesino Series by Tabaqueria 1844.  So come by Friday night and hang out with us in the chatroom during the show.  If you would like to contact us in the meantime, you can reach us via the Contact Page or the following emails: [email protected] or [email protected]  Please feel free to drop us a line if you have any questions you’d like answered, comments to make…or even compliments and complaints.  We love to get your emails!  Also, remember you can always go back and listen to previous episodes, which can be found in the Half Ashed Archive.  You can download this week’s audio directly below (right-click “Download” and save), find us on iTunes, or subscribe with any podcast app at our RSS Feed.  Video, as always, will be available at the Half Ashed YouTube Channel.