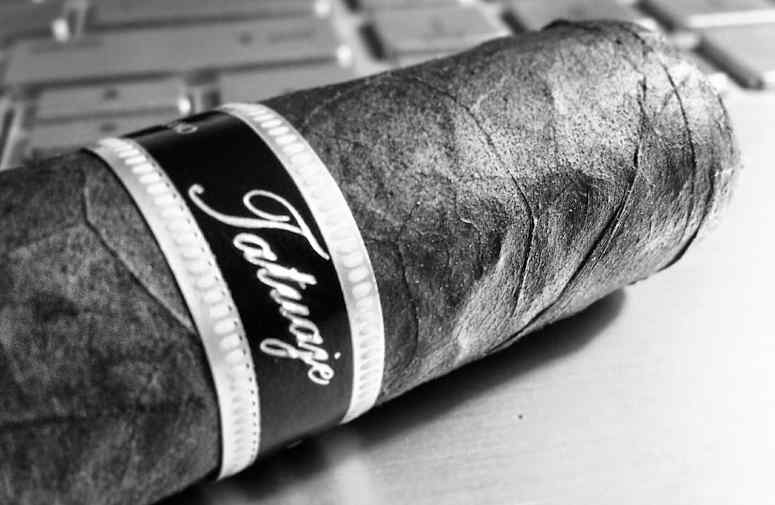 Re-released for the Tatuaje 10th Anniversary in 2013 (after a limited 2007 initial release), the Tatuaje Black Corona Gorda is one of my favorite Tatuaje blends of all time.  They’re rolled by My Father, and feature a Sungrown Criollo Estelian wrapper over Nicaraguan binder and filler blend.  It comes in at the typical 5 5/8” x 46 and retails somewhere around the $10 mark, depending on retailer.

El Niño is wreaking havoc with Cuba’s tobacco crop…what are the lasting effects after 3-4 consecutive years of weather troubles?

This news came out a couple weeks ago, but I don’t believe we talked about it.  Chicago has a new proposed tax increase on cigars…to the tune of $.90 per cigar!  According to some estimates, it will add upwards of $2 to the completed retail pricing of some cigars.  The proposal asks for the tax to finance transition classes for incoming high school students.

I smoked a couple of new upcoming blends from TL Johnson this week…including the Counsellor, a prototype cigar for a retailer, and a blend slated for this year’s IPCPR which he’s not yet ready to talk much about….

PSA: It’s that time of year to stock up before the annual price increases for many brands….I know Altadis (to be fair, some of theirs are decreasing), Fuente, CLE, AKA all have planned increases come February-ish.

Halfwheel is reporting the formation of a new distribution company – White Hat Tobacco – by former Cubanacan employee Spence Drake.  The company will distribute Hirochi Robaina’s cigar(s).  The expected launch is due in March, with coverage of the existing HR Habano.  Two additional lines, as yet unnamed publicly, will launch at IPCPR 2016.  Both of those lines will come in significantly less expensive than the HR Habano.

Diana Silvius of Up Down Tobacco has passed away as of last Saturday night.  Our condolences to the family.

Club Havana Coronas Especial (Lag#2) – Short Lancero – These are from a bundle just over a year old. They’re not going sick but are perhaps a bit flat. Good sweetness & mild strength but a shadow of what they were when ROTT

La Aroma de Cuba Mi Amor Torpedo – This cigar was self infused. I was given it at Christmas and forgot about it in my truck for a few days. WHen I came back to it, the cigar desperately needed humidification. I put it in an old tubo with a dab of the only water I had; coffee. I closed the top, left it sit for a few weeks and it was… spectacular.

TL Johnson: Counsellor, something for a retailer (possibly), and something in the works for IPCPR 2016….

In the next episode (138), we will be smoking the Hirochi Robaina HR Habano.  So come by Friday night and hang out with us in the chatroom during the show.  If you would like to contact us in the meantime, you can reach us via the Contact Page or the following emails: [email protected] or [email protected]  Please feel free to drop us a line if you have any questions you’d like answered, comments to make…or even compliments and complaints.  We love to get your emails!  Also, remember you can always go back and listen to previous episodes, which can be found in the Half Ashed Archive.  You can download this week’s audio directly below (right-click “Download” and save), find us on iTunes, or subscribe with any podcast app at our RSS Feed.  Video, as always, will be available at the Half Ashed YouTube Channel.