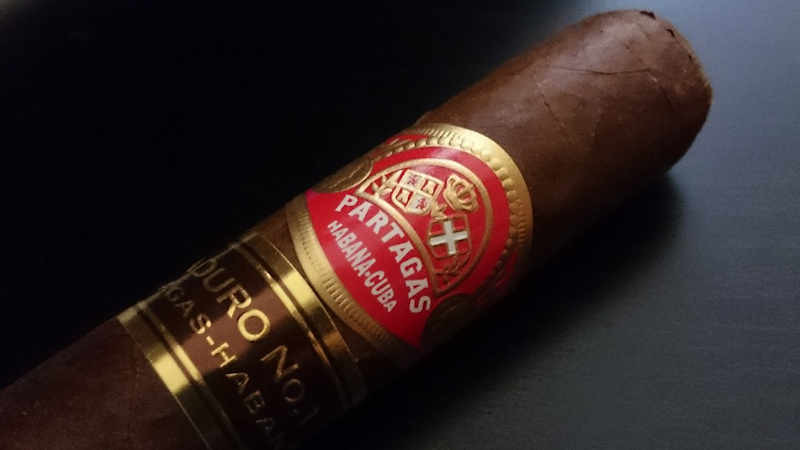 At 5-⅛”x52 the Partagas Maduro Number 1 Robusto (plus) gets my vote as most controversial cigar of 2015. It’s the second “maduro” regular production cigar ever produced after the Revolution in Cuba, with the Cohiba Maduro 5 being the other. It made its debut in the 3rd quarter but trumped just about everything else Habanos put out last year, in terms of chatter. People balked at the Añejados but shouted to the heavens about the Maduro 1. The word on the street was that this cigar tasted Nicaraguan. In fact, nearly the same arguments were made about this as were made about the Maddie 5s back in 07. This cigar brings typical maduro sweetness to the game but really displays a plethora of other flavors at the forefront of sensation. It’s an enigma to me, but certainly one I enjoy exploring. FWIW, I think I might be the only person I know who enjoys them…

Sam Leccia departs from General….despite originally being described as an “acquisition” by General of the Leccia blends in 2014, Sam apparently still holds his own trademarks and branding.  He is leaving both the distribution arrangement and his position within Foundry and striking out on his own again.

Pete Johnson has shown off a picture of this upcoming year’s Tatuaje Monster release – the Kreuger, named after Freddy Kreuger of Nightmare on Elm Street fame.  Specifics for blend and exact size haven’t been revealed, but it’s a large, pressed torpedo shape.

Our friend Terry Johnson is *finally* getting Counsellor Cigars to market.  The line was originally to be a joint effort between TLJ and LTC, but was held up when the two parted ways last Summer.  It’s a revival of an old, long out of use trademark that Johnson picked up quite some time ago.  It will feature a Mexican San Andres wrapper, Dominican criollo ‘98 binder and a corojo/criollo filler blend.  Counsellor is slated to ship next month in five vitolas, boxes of 10, and  will retail between $5.50 and $6.50 per cigar.  I smoked a couple of these a few months ago, with spectacular results….

Since we touched on La Tradicion Cubana, Luis has announced a price *decrease* on all his products across the board.  He’ll be trimming his pricing by about 10% on most all his lines.  Good news, indeed!

This year’s CMA awards have been published…

In the next episode (137), we will be smoking the Tatuaje Black Corona Gorda.  So come by Friday night and hang out with us in the chatroom during the show.  If you would like to contact us in the meantime, you can reach us via the Contact Page or the following emails: [email protected] or [email protected]  Please feel free to drop us a line if you have any questions you’d like answered, comments to make…or even compliments and complaints.  We love to get your emails!  Also, remember you can always go back and listen to previous episodes, which can be found in the Half Ashed Archive.  You can download this week’s audio directly below (right-click “Download” and save), find us on iTunes, or subscribe with any podcast app at our RSS Feed.  Video, as always, will be available at the Half Ashed YouTube Channel.