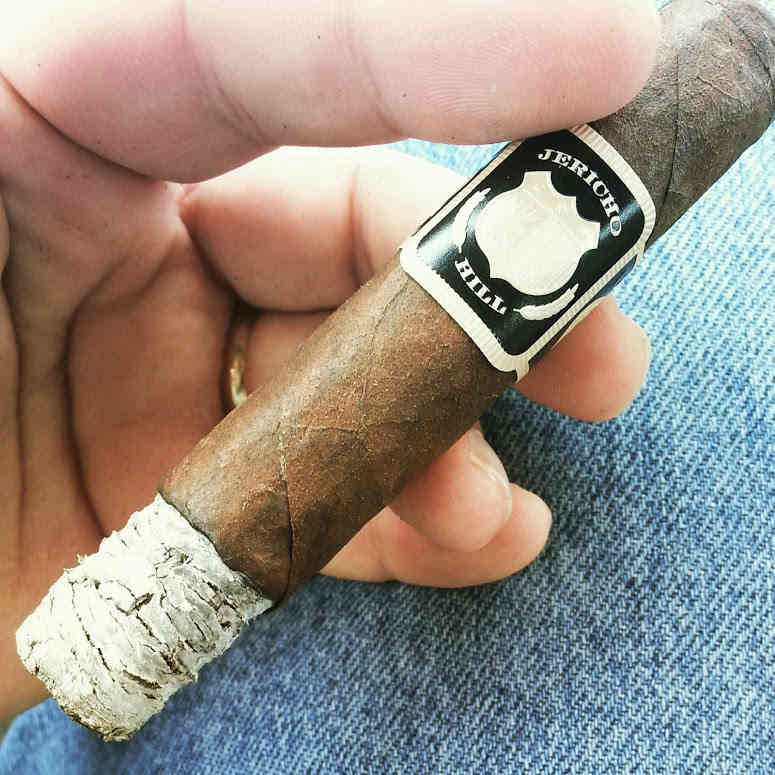 This week, we’re smoking the OBS (Orange Blossom Special), from Crowned Heads’ Jericho Hill line.  The OBS is a 4.75”x52 robusto, and Kip’s favorite from the line thus far.  The Jericho Hill is produced for Crowned Heads by My Father, and this particular vitola retails for $8.75.  It features a Mexican San Andres wrapper over Nicaraguan binder and filler.

Palio lives!  Well, kinda.  Maybe not really….Quality Importers has acquired the company.  QI is predominantly a humidor and accessory distributor who has taken over distribution for a handful of other branding in recent years (most recently Eddie Ortega’s cigars).  They did NOT assume control of the Esencia cigar line with Palio.  Halfwheel is reporting that the company will honor existing warranty claims, and that its very unlikely that production will be US-based.  Michael Giordano, QI president, doesn’t seem to think it’s feasible to continue producing the products in the U.S. due to production costs, leadtimes and inflexibility…

This year’s Tatuaje TAA blend has shipped, and I (Kip) can’t get ‘em.  For the first time in its history, I’ll be missing this release.  Reportedly, it’s based on the 2011 blend – which was the best (or 2nd best) blend for my personal tastes.  As usual, it’s only available at the 75 or so TAA retailers.  This year’s production is up significantly to 3,800 boxes of twenty; fewer than 3,000 boxes were produced last year.  Pricing is set at $11 per cigar for the 5-⅝” x 54 stick, and it will feature CT Broadleaf over Nicaraguan binder/filler.

In a move that should surprise no one, the Cubanacan/Gonzalez battle (remember…Hirochi Robaina, etc.?) has moved into the judicial system.  The Gonzalez family claims they were never paid any of the funds they were due from sales of the Soneros branded cigars.  Additionally, there are allegations of other unpaid debts, trademark issues, and various ownership disagreement.

The IPCPR is reporting to Halfwheel that Operation Chokepoint is continuing and expanding to one South Florida manufacturer. Article

In the next episode (126), we will be smoking one of Craig’s selections, the 1993 Punch Margaritas.  So come by Friday night and hang out with us in the chatroom during the show.  If you would like to contact us in the meantime, you can reach us via the Contact Page or the following emails: [email protected] or [email protected] Please feel free to drop us a line if you have any questions you’d like answered, comments to make…or even compliments and complaints.  We love to get your emails!  Also, remember you can always go back and listen to previous episodes, which can be found in the Half Ashed Archive.  You can download this week’s audio directly below (right-click “Download” and save), find us on iTunes, or subscribe with any podcast app at our RSS Feed.  Video, as always, will be available at the Half Ashed YouTube Channel.