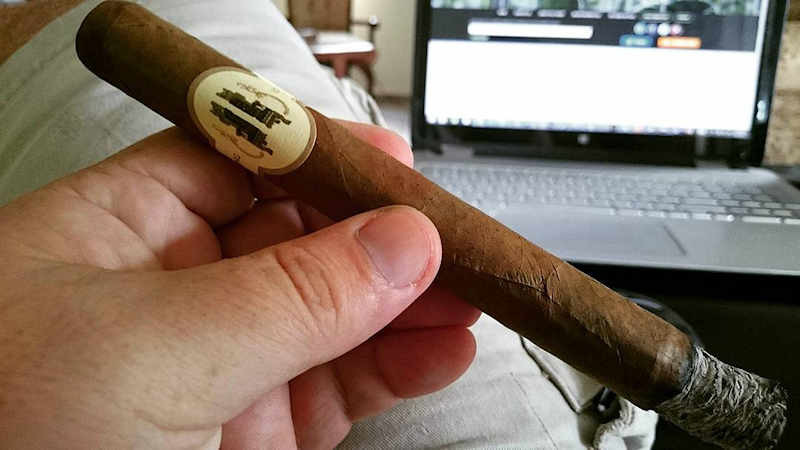 This week, in Craig’s absence, Kip is joined by special guest host William “Cigar Coop” Cooper.  Tune in as Kip has the chance to pick Coop’s brain about the current state of the cigar industry and some recently introduced cigars.  We have lots of great conversation in store, so this is one you don’t want to miss!

In episode 122, I pontificated a bit about the status and future of House of Emilio.  Now, just a couple weeks later, yet another member (Guayacan) has left the fold….. How does Guayacan differ from the other brands that have dropped from the fold?  What is going on with House of Emilio itself?  Tune in for some lively discussion on this….

Earlier this week, Boutique Blends announced the promotion of Charlie Lopez to their Director of Sales.  Congratulations to Charlie…and more on why this is a big step for the company.

Steve Saka’s Update on Sobremesa – 1) The 6 x 52 Belicoso Largo was replaced by the 6 x 54 Torpedo Tiempo; 2) Orders expected to ship on November 1st but because of overwhelming demand they will not be able to ship the full orders to retailers. Instead each retailer will receive an “equitable share” of the first order and the remainder will be filled as soon as possible.  Saka says he wil not deviate from his production plans of 1,000 boxes per month.

Jonathan Drew has begun to feed info out of a new project he has…only it’s not a cigar venture.  He’s going into the distillery business with John Drew Brands.  I’m a bit uncertain what *exactly* he has planned, but the website lists Vodka, Whisk(e)y, Rum, Shine, Hard Tea and Craft Coffee (something else that seems to be taking hold with traditionally cigar-themed companies…how much involvement these companies have in developing a coffee blend is something Kip is skeptical of at this point).  More details will follow, but the company is slated to launch April 2016.  I’m personally a bit intrigued, but wonder how this will look in reality rather than the theory wherein it sits now.  Why is Jonathan Drew opening pandoras box with announcing this now?)

I continue to be concerned with the increasingly frequent news items I see go through my feed about new legislative attacks on smoking.  The stories have moved from the larger municipalities into small town America.  None of this *surprises* me; I just hate to see the attacks intensify.  Quite a number of new ban proposals, ranging from parks & government property to private businesses and even residences (multi-family) seem to hit the legislative floor every week. We offer more indepth analysis of the situation and how much of the news being reported by other outlets do not apply to cigar smokers.  While I get it infringes on our civil liberties, I think it takes the focus off the real problem at hand with FDA control.

The AVO Syncro has now begun to hit the market.  Kip hasn’t personally had the chance to try this yet, but despite being out of touch with AVO for a few years I’m intrigued to say the least.  If nothing else, the novelty and willingness to try something outside the normal modus operandi of a company’s past is interesting.  How “different” can a cigar be with the all too common EC CT wrapper and Dominican/Nicaraguan internal components.  The addition of some Peruvian tobacco is what draws me to it right now.  Coop has smoked it, and gives his analysis of the blend…

Drew Estate is releasing an exclusive extension to the KFC lineup for Alliance Cigar.  I’m frankly not sure why.  While I was initially intrigued by the KFC launch, I couldn’t handle the heavy handed fire cured content.  Subsequently, after trying most all of the available vitolas, I don’t find much variation throughout the lineup.  I’m not sure another vitola (this time 5.5”x52) will do the trick.

In the next episode (125), Kip will be rejoined by Craig for regularly scheduled programming.  So come by Friday night and hang out with us in the chatroom during the show.  If you would like to contact us in the meantime, you can reach us via theContact Page or the following emails: [email protected] [email protected] Please feel free to drop us a line if you have any questions you’d like answered, comments to make…or even compliments and complaints.  We love to get your emails!  Also, remember you can always go back and listen to previous episodes, which can be found in the Half Ashed Archive.  You can download this week’s audio directly below (right-click “Download” and save), find us on iTunes, or subscribe with any podcast app at our RSS Feed.  Video, as always, will be available at the Half Ashed YouTube Channel.