[EDITOR’S NOTE: In what will be a rapid-fire game of catch up, I will be publishing 4 episodes in the next week.  My move to the Dominican Republic delayed our publication for a bit but I’m not suitably connected to the web and ready to get back in the game.  We may not have a live show this week, but there will be plenty of Half Ashed to keep you occupied for a while…] 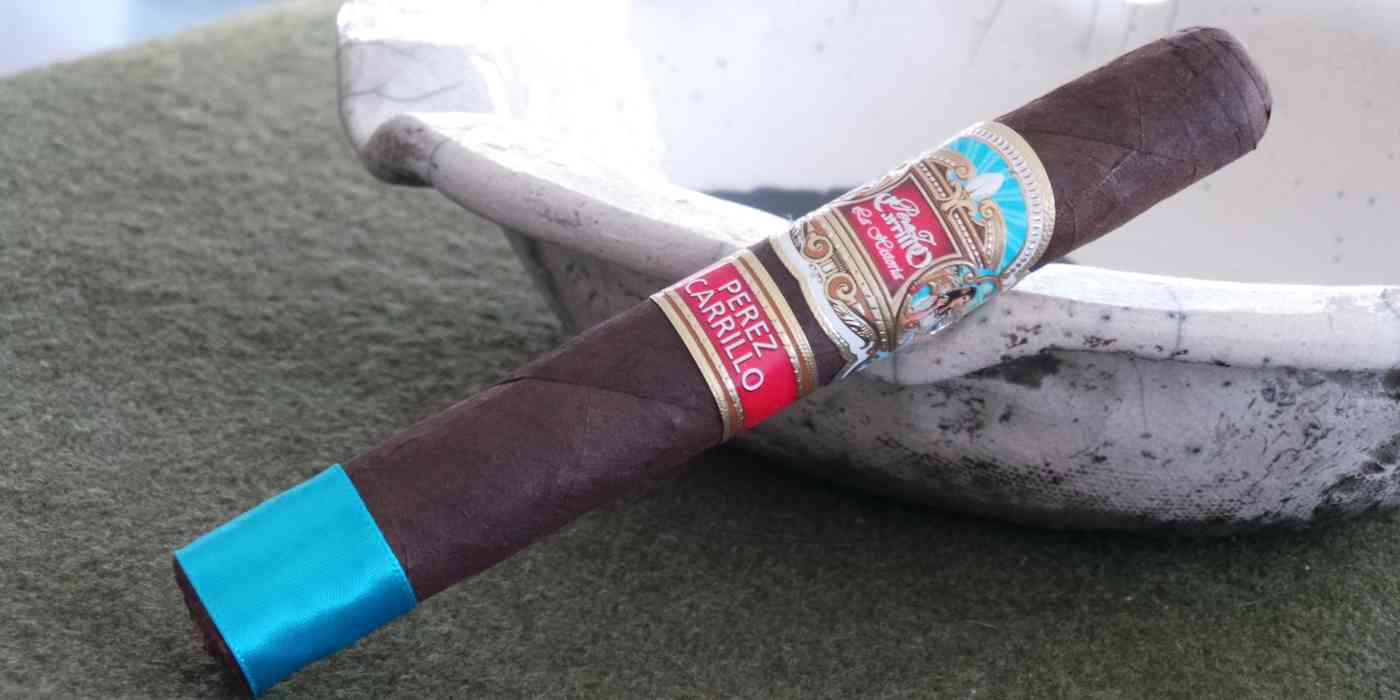 When EP Carrillo’s La Historia was released to the marketplace I immediately was drawn to the packaging (I’ll admit that).  Knowing that I am generally a fan of San Andres leaf, and drawn to the beautiful packaging, I picked up a couple to try.  I reviewed them back in November 2014, and thought they were a worthy Cigar of the Week…and that day has come.  The line was produced in three vitolas – Dona Elena (6.125×50), E-III (6.875×54), and El Senador (5.375×52).  Tonight, we’re taking a look at the Dona Elena.  It carries a Mexican San Andres wrapper over Sumatran binder and Dominican/Nicaraguan fillers.  The Dona Elena retails for about $8.25 per stick in the Tampa market.

Fresh on the heels of my little rant about shop exclusive and limited-edition craziness last week, Moya Ruiz announced the upcoming release of the Chinese Fingertrap.  Well, I say announced, but they gave no details other than the fact that it will be produced at La Zona, be 6” x 50, and will ship the 1,000 boxes of 10 at the end of June.  No blend details…it’s an “ancient Chinese secret.”  Comes wrapped with a set of Chinese handcuffs (finger trap).

The semi-annual C.Gars auction in the UK will happen on June 15th…the 15th such auction.  As usual, it will showcase some of the most incredibly rare and pricey cigars.  Get your bids ready…lots of old, hard to find cigars will be available, including a lot of pre-Embargo items.

In what should not be a shock to anyone tied to the hobby, Nick Melillo has formally announced his intention to release a new cigar line to the market.  His company will be called Foundation Cigars, and will initially utilize Casa Fernandez for producing his cigars.  The launch will come at next month’s IPCPR trade show, although no specific details are available about the initial blend.

While we’re on the topic of former Drew Estate folks, Steve Saka’s non-compete reportedly expires just a week before IPCPR.  Stogie Guys published a brief article speculating that maybe he has something up his sleeve as well, although Saka has not confirmed this as of yet. [Editor’s Note: We have reported fully on this in other episodes which have not published at the moment. You can catch those on YouTube until I get the audio podcasts published.]

After the recent reboot of AVO, we’re now seeing some more changes coming down.  They are adding their first line since the revamp, called the AVO Syncro Nicaragua.  The name stems from the company’s goal of synchronizing Dominican and Nicaraguan tobacco in the blend.  It will feature an Ecuadoran CT wrapper over a Dominican binder and DR/Nicaragua/Peru.  It will be box pressed and come in 4 vitolas – Short Robusto (4 x 52, $7.90), Robusto (5 x 50, $8.90), Toro (6 x 54, $9.90) and Special Toro (6 x 60, $10.90).

“SANTOS” Corona Gorda 2013 – Received in a trade with a friend, I only have a few of this particular vintage. I know my friend regularly tweaked the blend of Crisantos’ regulars and this is supposedly with extra ligero. I believe it. These have regularly been slightly erratic burners and have been substantially stronger than your average Cuban cigar. They remind me of the style I’m accustomed to from C.Fer but with the suave sensations typically expected from the island. Tobacco, pepper, mild vegetal flavors, vanilla & an earthy finish. A very interesting strong cigar. Seems very well attuned to the modern American palate.

Casa Fernandez Aniversario – 2014 edition.  I stand by my earlier comments that this cigar seems a bit more “polished” than many of Casa Fernandez’s other lines.  Caramel and cream really come through in this one, and markedly less strength than would typically be the case for their other offerings

La Flor Dominicana TAA 47 – A pretty straightforward LFD product with no real surprises for me.  It was enjoyable, but didn’t provide anything a dozen other LFD lines might.  I definitely DON’T recommend letting it go out and relighting, however.  One of mine was only out about 20 minutes and refused to revive…giving lots of harsh flavors and searing on the rear palate after relight.

In the next episode (118), we will be taking the opportunity to “catch up” just before Kip moves to the Dominican Republic.  Come by each Friday night and hang out with us in the chatroom during the show.  If you would like to contact us in the meantime, you can reach us via the Contact Page or the following emails: [email protected] [email protected] Please feel free to drop us a line if you have any questions you’d like answered, comments to make…or even compliments and complaints.  We love to get your emails!  Also, remember you can always go back and listen to previous episodes, which can be found in the Half Ashed Archive.  You can download this week’s audio directly below (right-click “Download” and save), find us on iTunes, or subscribe with any podcast app at our RSS Feed.  Video, as always, will be available at the Half Ashed YouTube Channel.