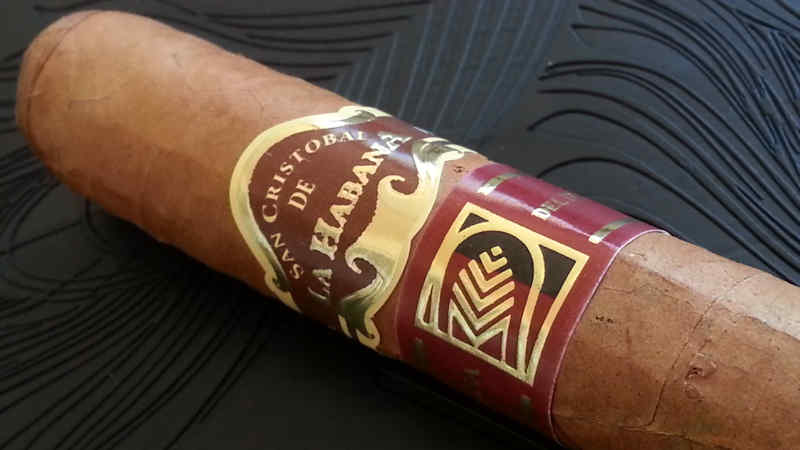 As a followup to a story we covered several weeks ago, Gov Sam Brownback of Kansas has formally introduced his budget proposal for the upcoming year….to include increases on tobacco and liquor tax.  Cigars would see an increase from 10% to 25% of wholesale pricing added to them, while cigarettes would be harder hit with a net increase of $1.50 per pack.

D’Crossier Cigars, which we smoked blindly last year, has moved their distribution to Espinosa.  Their cigars are not manufactured by Espinosa; owner Isaias Diaz is simply aiming at a greater exposure and accessibility for his cigars through a bigger, more established distribution network.

I monitor some of the many bans that pass these days – there are so many it’s tough to keep close watch.  One in particular hit home this past week.  Waynesville, NC – a town I’m quite familiar with – has banned smoking (including e-cigarettes) in essentially all public places…including sidewalks, parks, govt. vehicles, greenways and around public buildings.  Never thought I’d see the day bringing this news from NC.

For those Crowned Heads fans who are interested (like me), this year’s Las Calaveras has left the MF factory and are headed to CH headquarters.  Look for them to hit store shelves in the next few weeks…

Gran Habano has released something special from George Rico’s personal reserve…the Private Humidor Selection.  Apparently, GAR has stockpiled some 30,000 cigars in his personal stash in various sizes and shapes.  This first release is a 7.5” x 38 lancero that has been waiting in the wings for the past 7-8 years.  The Nicaraguan puro was made at Gran Habano’s Honduran factory and will retail somewhere around the $10 mark.  A total of 100 boxes of 25 were released, and only a handful of retailers will be receiving them, predominantly in California, Hawaii and Texas.

Relative newcomer to the US market, Roberto P. Duran, has hired Cristano “Santo” Cardenas as their master blender.  Cardenas has been in the Cuban cigar industry for 55 years, dating back to 1960.  He has spent his tenure with the Upmann, Montecristo, El Rey del Mundo and Partagas marques.  He also served as a global ambassador for Cuban cigars in recent years.  Roberto Duran said in the press release that Cardenas had been his a major influence of his when he worked at the Partagas factory in Cuba.  Cardenas will head up the company’s Nicatabaco factory in Estelí, Nicaragua.

Asylum Nyctophilia – made entirely of maduro leaf, featuring San Andres wrapper and Nicaraguan internal components.  I tried the robusto, which retails for about $6.  The other available vitolas are 6×60 and 7×70.  It’s “kinda” a TAA special, in that it will only be available at TAA shops for the first several months to a year.  I was apparently one of the first consumers to buy one of these, if not the first…

NOTE: We ended up getting off on a tangent, but here’s the excerpt from our show notes that got the whole discussion kicked off….

Is it just me or has the store-exclusive and limited schtick exploded recently?  Every week, we have stories of more shop exclusives…and not just one or two.  It’s mind boggling for the feeble minded like myself to try and keep track of.  I have previously kept loose tabs on them, and tried to buy at least a couple from a few manufacturers…but I’m about ready to throw in the towel on even considering more than a passing glance at this point.  The distinction has blurred such that most I have try hold very little interest for me.  At times it seems the cigars are less likely to be a new/different blend than just another vitola in a standard production line.  If I happen to be in a store with some I’ll consider it…but it would be out of the ordinary to even think of making a phone call to buy any these days.  Mind you, I have no beef with house blends….just this LE shop-exclusive hype machine.  Maybe I’ll eat those words at some point, but I’m fatigued with the myriad makers, lines and limited edition “specials” at this point.

In the next episode (117), we will be smoking the EP Carrillo La Historia Dona Elena.  So come by Friday night and hang out with us in the chatroom during the show.  If you would like to contact us in the meantime, you can reach us via the Contact Page or the following emails: [email protected] [email protected] Please feel free to drop us a line if you have any questions you’d like answered, comments to make…or even compliments and complaints.  We love to get your emails!  Also, remember you can always go back and listen to previous episodes, which can be found in the Half Ashed Archive.  You can download this week’s audio directly below (right-click “Download” and save), find us on iTunes, or subscribe with any podcast app at our RSS Feed.  Video, as always, will be available at the Half Ashed YouTube Channel.