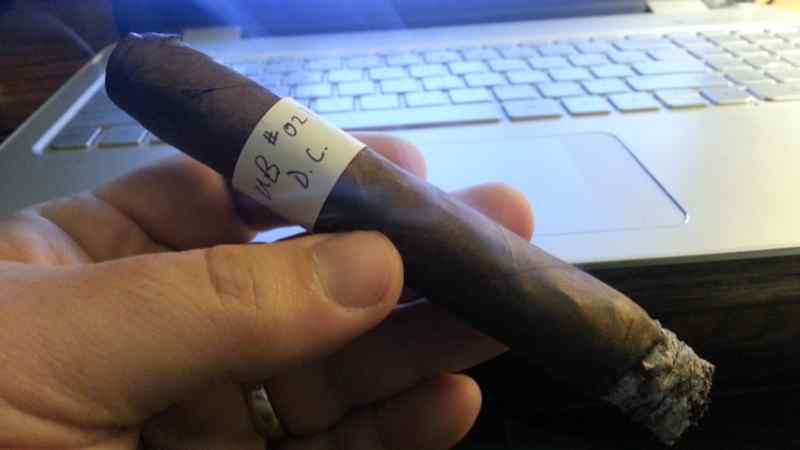 Welcome to Half Ashed Episode 107, featuring our 21st Unbanded, which happens to have been supplied by friend of the show Dan Crouch.  We can’t say much about it here in the notes without spoiling the show, except that it was a 6″ x 50(ish) torpedo.  You’ll have to tune in to get the full scoop and see us once again humble our palates…

Recent guest of the show Bodega Premium Blends will be taking over their own distribution effective April 1st.  They had announced some limited changes a while back, but will now be parting ways with House of Emilio with regard to their distribution.  From all outward appearances, it’s an amicable split; BPB just wants to have more fine-tuned control over the process and the ability to focus on select markets where their products presumably do well.

A few weeks ago, we reported the Crowned Heads would be shipping a JDH Reserve “Single Action” – a 6×38 petit lancero based off the JDH line.  It has begun arriving on retailers’ shelves.  As mentioned, it has the JDH blend – Brazilian Arapiraca wrapper over Ec. Sumatran binder and Nicaraguan fillers.  Only 2,000 boxes of 10 have been produced.

Long time listeners will remember last year when we talked about Operation: Chokepoint – a governmental program that classified some industries as “high risk” and led banking institutions to unfairly target them with the loss and/or heavy restrictions on their bank accounts.  Several tobacco retailers were impacted, as were many other organizations (namely, firearms, gambling and some lenders).  This past week, spurred on by the firearm industry, Arizona representative David Schweikert introduced a bill that would defund the program and prevent any future attempts at the same type of program.  Several co-sponsors have already signed on to the bill, but it would have a pretty long way to go to make it to law.

Rocky Patel is releasing a special 10th anniversary Edge.  It will be a singular vitola, a 6×52 barber pole.  It’s to be called the “A-10” and will retail for $7.50 per stick.  No specifics on the wrappers in use.

While there will NOT be an Avo “birthday cigar” this year, there WILL be a Limited Edition.  Fresh on the heels of the company’s rebranding (and reduction in offered lines), parent company Davidoff has teased some details of a new limited series called the Avo Improvisation Series.  It will draw its inspiration from previous Avo lines, and the 2015 LE will be Classic Covers.  The installment will be based off the original Avo blend and will use Nicaraguan, Mexican and Ecuadoran tobaccos.  It will only be available in a 6×50 toro and will retail for $16

Bolivar PC – For the first time I tasted Ginger in this cigar. It was terrific. It worked right into the suggestive flavors Kip has planted in me, with all of his “sweet and sour” talk. It really worked beautifully with the rich, deep earthy sweet core to this cigar.

Por Larranaga Panetelas – A sweet cigar but not cloyingly so. Brown sugar & cherry pie tastes are here. The tartness of cherry with the sweetness from the sugar made for a terrific “dessert”

Crowned Heads Angel’s Anvil – last year’s TAA exclusive from CH.  Ecuador over Nica/Nica.  7.125 x 49; rolled by EPC; limited to 1,000 boxes of 20.  I. Love. This. Cigar.  A bunch.  Bright, sweetened spice with some strength – although that could be due to the cumulative effect of its size and my desire to smoke every last leaf away.

Asylum Dragon’s Milk I enjoyed this one….mostly.  It began pretty nicely, with “creamy” (yeah, I said it) flavors; I remarked that the infusing knocked the edge off.  Still some spice on the retrohale, but overall .  The flavor from its early life in Dragon’s Milk barrel was sedate and light-handedly applied.  I dug it a lot…until the final 1/3rd.  It grew a bit bitter and a bit overly tannic.

Good evening. First off I love the show I download the podcasts and listen while driving my truck. I’ve smoked a pipe for awhile but always the same local blend never trying anything new. Which is funny because I’m always smoking new cigars. Not sure how that works. Lately I’ve tried frog Morton on the bayou and across the pond. I loved them both and was wondering if you would have any recommendations based off that.  My local shop hires idiot kids so no help there. I’ve also upgraded to a nording pipe which is also a big improvement. Hope your have a great day and forgive my spelling and grammar I’m a Montana redneck.

Kip’s (abbreviated) reply – These two blends have a very similar foundation (Latakia, Turkish, VA), with On the Bayou also including some perique.  The thing that stands out to me in the blend is the Turkish.  It gives it that indefinable – almost cola-like quality.  If that’s what you’re drawn to, you might try C&D’s Adagio – it has a good bit of Turkish as well, with a bit of nutty burley in the  mix.  Other notable C&D blends are: Orion’s Arrow and Virginia Gentleman.  There are innumerable Balkan blends out there with Turkish components; that’s where I’d keep looking for the time being.  However, you might try some of the other blends that have some Syrian latakia also.  There aren’t too awful many of them around these days, but I’d recommend MacBaren’s HH Vintage Syrian.  It’s quite different from the FM blends, but you might really enjoy that one.  Just let it dry a bit first, as MacB blends can sometimes bite.

Next episode we will be featuring Herrera Esteli Norteño Coronita.  Be sure to tune in Friday night at 9:30pm EST and hang out with us in the chatroom during the show.  If you would like to contact us in the meantime, you can reach us via the “Contact Us!” tab at the side of this page, or at the following emails:[email protected] [email protected] Please feel free to drop us a line if you have any questions you’d like answered, comments to make…or even compliments and complaints.  We love to get your emails!  Also, remember you can always go back and listen to previous episodes, which can be found in the Half Ashed Archive.  You can download this week’s audio directly below (right-click “Download” and save), find us on iTunes, or subscribe with any podcast app at our RSS Feed.  Video, as always, will be available at the Half Ashed YouTube Channel.

P.S. – If you have unbanded suggestions or contributions, you can get those to [email protected]  This email address goes directly to my wife, so you can simply suggest an unbanded cigar for her to source, or send me an email to [email protected] if you have something you’d like to send in.  I will provide an address to send them.  Thanks!