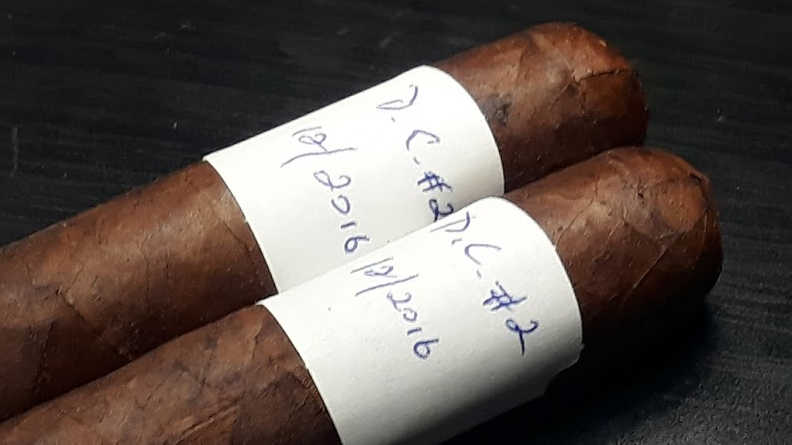 Sent in by DC all the way back in 12/2016, tonight’s featured cigar, Unbanded 033, is draped in a dark”ish” wrapper (mid-tone brown with some much darker mottling) and a sweet but cedary aroma from the foot.  It is 5” x 50 by my measure, with moderate veining and a wrapper that looks dry but *feels* oily and supple.  Let’s see how badly we can be fooled, shall we?