I apologize for not making time to publish the past several episodes. I'm playing catch-up as we wind down 2017...so you'll see them all coming down the pike. 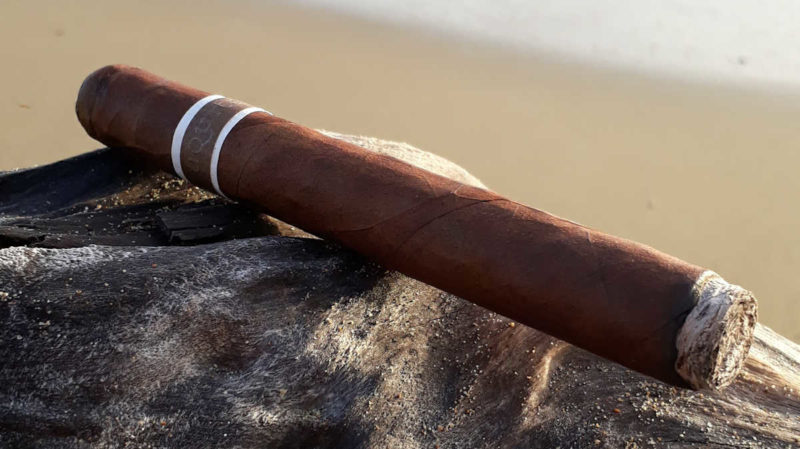 Tonight, we’re revisiting a cigar we’ve smoked, enjoyed, and talked about.  A lot. The RoMaCraft Aquitaine line, in the Anthropology (corona gorda) vitola.  This line features an Ecuadoran Habano Ligero wrapper over Cameroon binder and Nicaraguan filler blend, with tonight’s cigar coming in at 5.75” x 46.  Skip joined us way back in Episode 028, and I even reviewed this cigar back in 2014.  We have a long history with the line, and I especially admire the commitment to excellence Skip & Mike bring to the industry…let’s see if the Aquitaine still lives up to the storied reputation in my mind….

The big story for tonight is legislative in nature – the fact that yesterday the Make America Secure and Prosperous Appropriations Act of 2018 (H.R. 3354) passed the House of Representatives.  What does this mean?  A lot.  And not much….  Before we all start lighting those celebratory cigars, let’s take a look at what has specifically transpired.  It’s true that this is the furthest the cigar industry has gotten a process that has been tried repeatedly over the past several years.  H.R. 3354 does include language that exempts premium cigars from the FDA regulations we’ve been talking about for so very long – by restricting the FDA from using any funds to enforce the rule.  This is huge in principal – but not a fully completed piece of legislation.  The House and Senate now have to iron out any differences and bring a similar Senate bill to pass (and, of course, the President will have to sign said agreed-upon language).  None of the existing Rule has changed as of now – and may not.  This Act is essentially the guiding document for budgeting/spending in 2018.  So, its duration ends in October 2018.  To be furthered beyond that date, the process would have to be once again approved before.  While I remain hopeful, I know that these types of add-on riders are very difficult to be brought to fruition for both houses to agree…however, if it does make it through the process this time around, it is also very difficult for it to be removed later on.  Should both houses come to agreement and the language remain, this would at least postpone enforcement of the deadlines currently set for 2018 (warning label additions, user fees, etc.), and new products could be introduced through the involved timeframe.  I’m going forward with the belief and hope that the cigar industry came away with a win, and hope the plan can come together with something workable for the industry.  We shall see…..

Since our last show, Hurricane Irma made its presence known throughout the Caribbean and Florida.  While it was a devastating storm, and one of the largest known in this hemisphere, it did not impact the cigar industry in a catastrophic manner.  Most of the Lesser Antilles which were hammered by the storm are non-tobacco producing territory, and the industry impact was dampened on the affected islands by the fact that most do not have tobacco in the fields at the moment.  Here in the DR, much of the country’s non-essential operations were closed for a day, but except for the far eastern portion of the nation most of us only experienced a rainy day with limited wind and localized flooding.  Cuba took more damage.  The extent of the damage to its cigar industry is yet to be seen.  Many factories were temporarily closed for flooding and windy conditions.  It is not yet known how extensive the damage is, as much of the country’s north coast is still flooded and without power.  Florida took a serious (but less so than expected) hit from the storm, but thankfully it was diminished more quickly than forecast as it moved the length of the state.  The southwestern portion of the state bore the brunt of the storm, which caused quite a bit of flooding in addition to wind damage.  However, returning to cigar industry specific news, most Miami based companies avoided significant damage.  Most lost a few days of work and shipping.