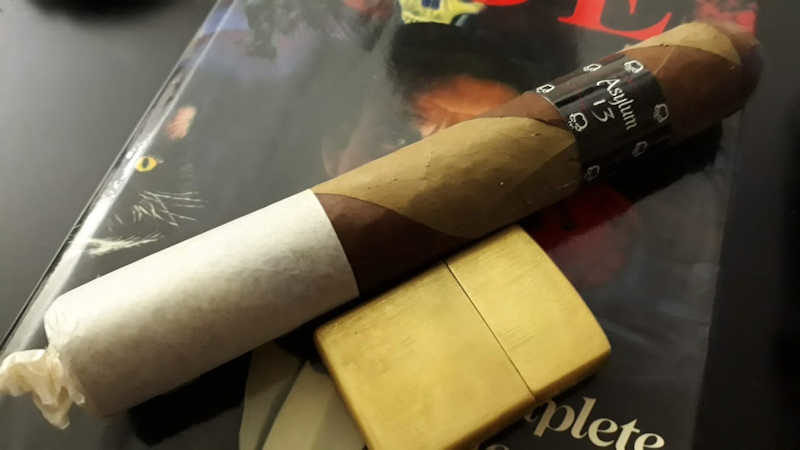 Oof. The Asylum Ogre 7” x 70.  What a behemoth of a cigar. It features a Habano/Candela (Nicaragua) barber pole wrap over Nicaraguan internal components. JLedou sent these in long ago, and we’ve been a bit scared to light them up. Originally planned for a Halloween show, they were delayed until tonight. Let’s see how it goes….