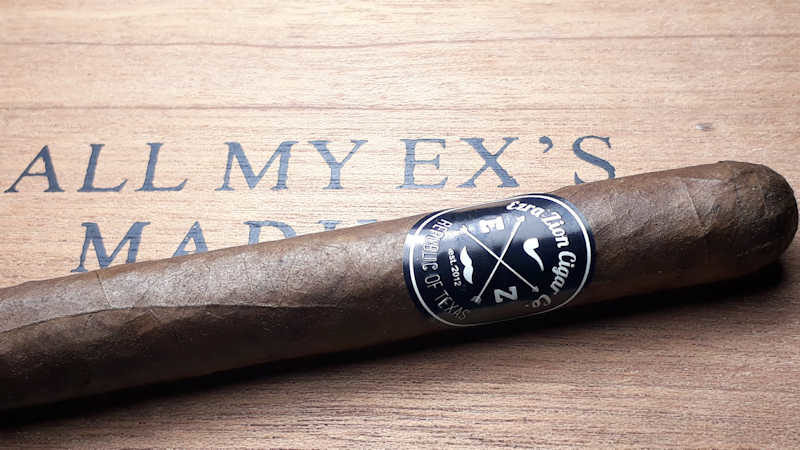 Ezra Zion All My Ex’s Maduro

Kip – The All My Ex’s maduro made its appearance in April 2016 as a followup to the original released blend. The Ezra Zion guys generously gave us these while I was at IPCPR 2016. The maduro All My Ex’s features a Mexican San Andres wrapper over Nicaraguan binder and filler. They were made via Noel Rojas at the Aroma de Jalapa factory in Estelí. The line was available in three vitolas (6”x52 toro at $8.95, 5”x50 robusto for $8.50, and a 6.5”x42 lancero ($8.95)). Total production was 800 boxes of 25 (20,000 total production). I remember these having a healthy dose of potency, yet being entirely approachable; some dry cocoa flavors and an occasional wisp of smoky woodsiness. I couldn’t help but notice that only 18 months in the cello left it incredibly yellowed. Interesting. Let’s see how the cigars are smoking these days….