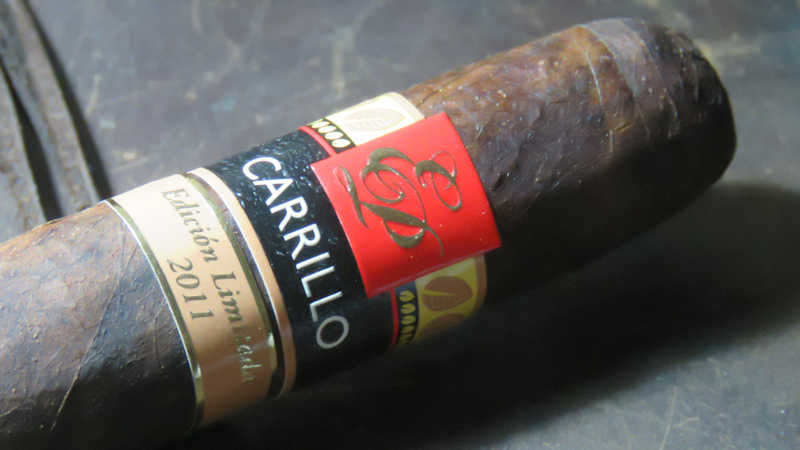 Craig – The EP Carrillo 2011 Dark Rituals Edicion Limitada is a cigar with a special place in my heart. It’s not the best cigar in the world, it’s not my favorite size but it is the only cigar I’ve ever received for building someone a house. In 2009 I started working with a couple in the Chicago suburbs to design their dream house. We worked long and hard to marry their need for space with their desire for a healthy & efficient living space.

When it was all said and done, they had the first LEED Certified house in their county, The most efficient in their town and one of the healthiest in the state. I was proud of that house and so were they.

A long while after they had moved in they came to my office with a small parcel and a big smile. I opened it up and was absolutely blown away by the generosity displayed in giving me a box of these Dark Rituals. What we’re smoking tonight are the last three specimens from that gift and a perfect way to remember that very personal achievement.

The cigar is a gigantic vitola, larger than my gauge can even measure. I’m guessing that direct measurements would yield a 56×6-⅜” size. The wrapper is extremely dark but substantially lighter than it was initially. It’s lost some oils and shows some of the color inconsistency of a tobacco leaf that is almost water stained. All coming from the oils that used to be present.

The wrapper leaf is only called “Oscuro Maduro” by the mfg but no country of origin is disclosed. An Ecuadorian Sumatran binder sits over all Nicaraguan filler tobacco. I expect it to be dusty,with cocoa & fruit flavors dominating. I look forward to the journey.

Tonight, for the most part, we skipped recent happenings from the world of cigars…because we have special guest Michael Stewart.  You may remember past visits with Mike when we talked about his rolling hobbies, of both cigar and sushi nature.  He is down visiting Kip this week, and we thought it’d be cool to catch up on how his trip is going and what they have been able to see and do during the visit.