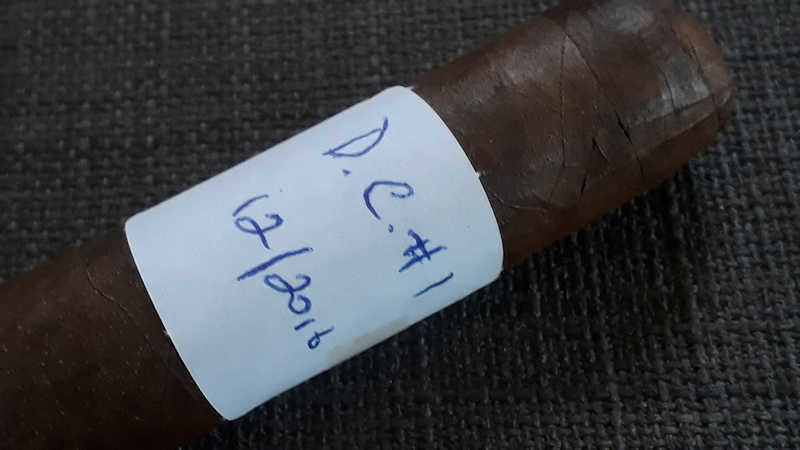 Not much to go on preliminarily for tonight’s Unbanded cigar.  It’s a darkly complected robusto with dry-ish wrapper and little aroma…lightweight in the hand, but seemingly well constructed before clipping.

Quiet times are upon us.  There are plenty of little-known lines coming out from companies that shipped limited runs to beat the Aug 2016 deadline last year – but frankly, I’ve not had much catch my eye lately…maybe I’m just getting old, crotchety and jaded.  I’m digging my $0.04 cigars, though.  And the occasional ADN or Cantinero.

“Cigar Movie” – Mike Stewart: http://www.handrolledmovie.com/ An interesting thought about what appears to be the hardships being experienced by the FDA’s oversight upon the industry… Some interesting sponsors and some unknown directors

Southern Draw Connecticut – Really, really surprising. Tastes like an AJ cigar but much more refined from what I’m familiar with. I’ll be smoking more.

Cabaiguan Maduro Guapos – I had to try another one of these again. There is no way we misdiagnosed this cigar twice on the show :) Chocolate, cherry, tobacco, so so good. So, so familiar. Someone must be playing with our palates…