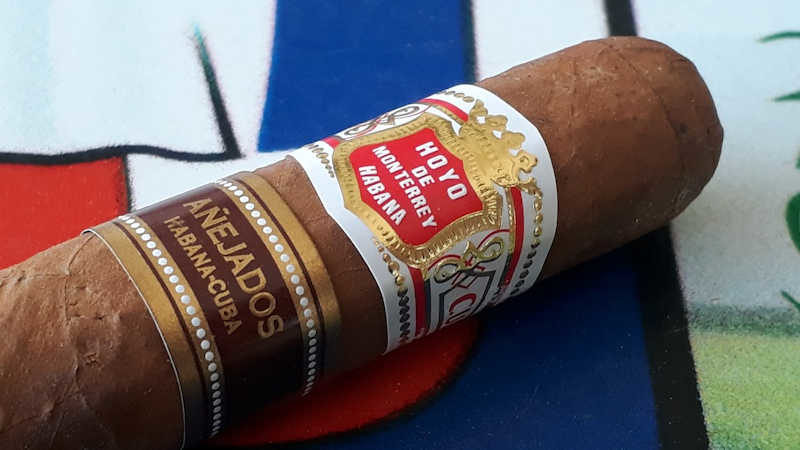 The Hoyo de Monterrey Anejados! The proverbial “Found in a warehouse” aging story come to life! SRP DIC 06 REVISADO is the box code on today’s CotW. If you buy into the marketing, these, along with a series of other initial vitolas were released in 2015. The series came from a 2006 idea to finally bring the vintage market to the Cuban distribution machine. Met with mixed reviews, this Hoyo version displays how Cuban tobacco can shine in a mild form. The cigar is a traditional Hermoso #4 (a longer & skinnier robusto) and appears dry and slightly humidity soaked. Having seen three boxes in person, all seem to appear the same. They display clean, crisp sweetness with only minimal “hoyo” sweet woody flavors. They taste more vintage than aged but only when comparing the shear amount of flavor present. Nonetheless, their flavor is enjoyable and they way they present themselves is not common amongst newer releases.