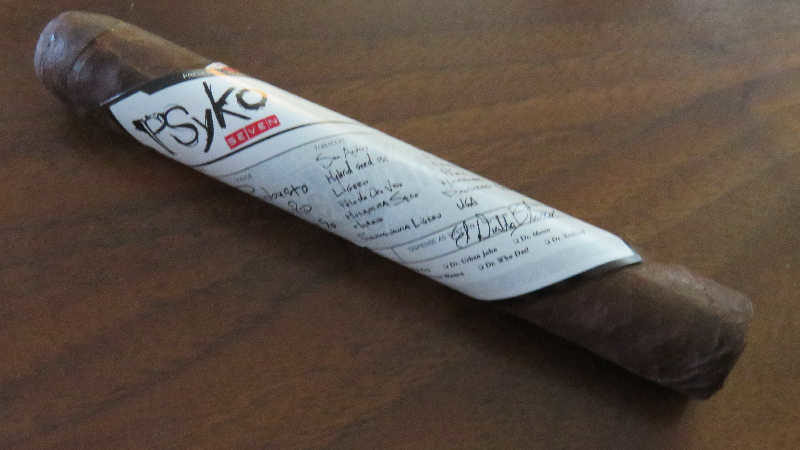 I received these samples from Ventura right around the time that I moved out of the country – so they’re about 2 years old at this point. I had a good go with the original line, although I suppose it didn’t earn a place as a frequent occupant in my humidor. I smoked a couple of these at the time they came out, but frankly I was smoking a lot of cigars at that time and didn’t keep notes…I was expecting them to come up sooner in the Half Ashed rotation. Tonight we’ll see how they’re holding up. The online description says that the “PSyKo Seven Maduro is graced with a deliciously dark and oily San Andres maduro wrapper concealing an Ecuador Hybrid 151 binder and Nicaraguan ligero, Peruvian Pelo de Oro, Dominican Hybrid, Honduran Holancha, and Pennsylvania ligero long-fillers.”

President Trump has announced changes to former President Obama’s changes toward travel and trade with Cuba. Specifically, the announcement is more akin to an announcement that there will be changes – rather than what those changes will be. It’s not overly clear exactly what this will mean in the future. For now, not much is different than it was as of January 19th – but this could be tossed around and remixed without warning. For the time being, you can still travel to and bring back goods from Cuba. Most are speculating that the major changes will include more restrictive travel allowances – which means fewer allowable reasons to visit Cuba and more restrictive guidelines on where you can stay, eat, travel, etc. while there. We will see in the months to come.

Ernesto Carrillo is teaming up with General Cigar again. Some may remember the Re+United from several years ago (We even smoked it on the show, back on Episode 069) as the most recent collaboration. This time, however, Ernesto’s La Alianza factory will be producing the La Gloria Cubana COLECCIÓN RESERVA. Unlike the Re+United, the LGC CR will be regular production. It will be available in three vitolas (5”x54 Robusto, 6” x 54 Torpedo, 7.5” x 54 Presidente), and features and Ecuadoran Sumatra wrapper over Nicaraguan binder and fillers.

Come July 1st, several of Tatuaje’s lines will be less available…Ambos Mundos, El Triunfador, La Casita Criolla and La Riqueza will become off-list items, available in small batch releases and at some events. It appears (and doesn’t seem to be a secret) that some of these lines have pretty geographically limited market shares, so they are being scaled back. Pete has said publicly that the lines are important to him and aren’t going away; they just will not be kept at the current stock levels for distribution.