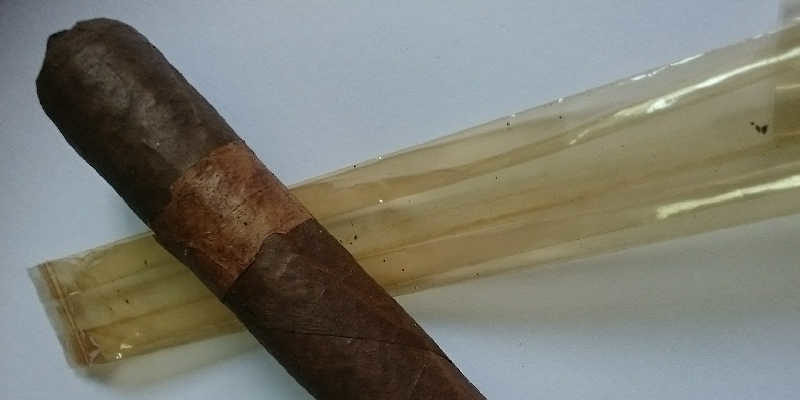 Craig – Monsters! Yes, we’re a couple weeks late to the Halloween Gig but it’s really never a bad time to light up an original Tatuaje Face. This big beast, 6-½”x56 by direct measurement, was the 2010 Monster release, #3 in the series. One of Pete’s first uses of the San Andres wrapper, this cigar takes a left turn from the then typical tobaccos being used in the Esteli MF factory. It does sit on a Nicaraguan binder & filler blend which have always done a good job of keeping the impression of proper pedigree intact. This cigar has always danced around sweet & savory, though more recently diving deep into the meaty depths of other Nicaraguan manufacturers. Some cinnamon offers up a bit of respite but the cigar generally remains in that realm.

Serious Cigars is the latest retailer to be bought out by one of the large tobacco companies.  Tabacalera USA acquired them (or at least, have announced the acquisition) since our last show.  That name may or may not sound familiar – it’s the parent company behind Altadis, JR Cigars, and a couple other groups.  I mention this only because there’s been a great deal of speculation that this (mfr./”big guy” buying up retailers) is developing into a trend and I wanted Craig’s thoughts…

Since we’re smoking Tatuaje tonight, I figured I’d throw in the latest news from the company.  This spawned from an Instagram post by Pete Johnson and has been published elsewhere, but the RC line is expanding.  Specifically pictured was the RC No.2 (5-5/8 x 54), although other outlets are reporting a couple more sizes (RC No. 1 (4 3/4 x 52), and RC No.3 (6 1/2 x 56)).  Pete did comment that it will feature an Ecuadoran habano wrapper, but as of yet no real details on availability and pricing….personally, I welcome the normal human-sized vitolas over the existing behemoths in the line, with the 184 at 7-¼” x 57 and 233 of 9-⅛” x 55 :)

California strongly voted for Prop 56, which raises cigarette taxes from $0.87 to $2.87 per pack.  Tax on other tobacco products – including cigars – is computed from the basis of the cigarette tax; existing cigar tax will probably more than double.

For now the 2nd time since Kip had his arm inked, Fuente is changing the Don Carlos band.  Back in early 2011, they changed and added some gold trim across the bottom and a couple other minor details.  Now, they’re inheriting the band you’ve been seeing on the Eye of the Shark and Don Carlos’ Private Reserve, which is predominantly black rather than the traditional red shared with the Hemingway line.

Somehow we missed this. The US abstained from a vote regarding the UN’s now annual vote on the Embargo. For the first time the US did not cast a vote in support of the nation’s 54 year old “Quarantine”. The reasons are quite political and also rather interesting. Apparently the Obama administration is not fully supporting this year’s movement to damn the embargo but is certainly expressing a bit of solidarity with nearly the rest of the globe’s collective distaste for the legislation. Citing, anonymously, the republican congress’s upholding of the present state of affairs, the Executive branch is further separating themselves from the embargo.