Since our last show, the cigar (and music) industries mourn the passing of Avo Uvezian at the age of just over 91 years.  We pay tribute to the legendary musician and cigar man.

Davidoff has announced the return of their Chefs Edition, a collaboration with several top European chefs. This year’s edition is again a 6” x 54 toro, and will feature a Habano 2000 wrapper over Ecuadoran Connecticut binder and an all-Dominican filler blend. The blend is intended to be enjoyed after a fine dining experience, and a run of around 3,000 boxes will begin to show up stateside next month, but I have my hands on one now. I’ll smoke it this week and report back….

Regius and Quesada have ended their distribution agreement, effective April 30. There was some initial chatter about production moving to another company (rather than Quesada, as it is at present), but that has since been retracted without more detail. I had no shops that carried the Regius lineup when I lived stateside, but had the opportunity to smoke through a box I won via charity auction a few years ago and thought the White Label was pretty fantastic….it’s a brand I wouldn’t mind revisiting should the opportunity allow.

General Cigar has announced that a number of facings will be leaving the market. Toraño seems to be the biggest drop, with quite a few from the lineup being discontinued. Several vitolas are being removed from the company’s offerings, as well as a couple of entire lines (notably to this story, the Toraño Captiva). One of the few lines I enjoy from General’s stable, the CAO OSA, will lose the Lot 46 and Lot T

In continuing update with the CAA/CRA/IPCPR lawsuit against the FDA has been moved back a month. The new court date is August 30th…

Fonseca Cubano Exclusivo. I’m not one to worry about health concerns from moderate cigar smoking (my tumor or diet will likely get me first), but I’m a bit concerned this one may have a friggin’ asbestos wrapper/binder. Less prominent tunnels connect England and France…
AJ Fernandez Bella Artes. This was perhaps the most talked about cigar at the 2016 IPCPR tradeshow. How’d my first experience with it go?
The Fuente Don Carlos Personal Reserve…I love ‘em, but they’re different from what I remember as the blend from which they spun… 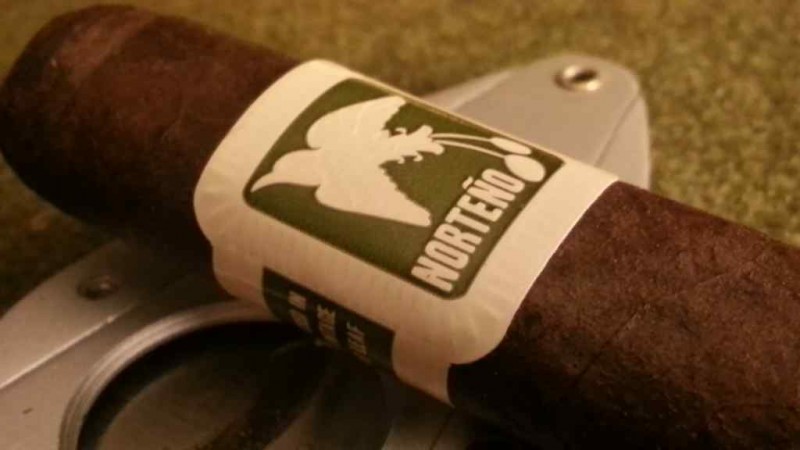 Welcome to Episode 108!  I apologize for the late posting this week, but it’s been a hectic one.  Episode 108 features the Herrera Esteli Norteño, in the 4″ x 46 Coronita.  From the Drew Estate website:

This full bodied, Maduro expression is the first blend released from the Drew Estate factory since Herrera was named Master Blender in June, 2014.  The “Norteño” showcases extensively aged tobaccos from the Estelí and Jalapa growing regions of Nicaragua, coupled with a spicy Honduran binder and a rich, bold Mexican San Andrés maduro wrapper. The “Norteño by Willy Herrera” will be available in the following six vitolas at select Herrera Estelí retailers nationwide.  4×46 Coronita, 4.75×48 Corona Extra, 5×50 Belicoso Fino, 5.5×54 Robusto Grande, 6×50 Toro, and 6.5×44 Lonsdale Deluxe.

Drew Estate has announced some changes to the existing Papas Fritas packaging.  The cigar remains the same, but instead of the familiar metal tins you’ll start seeing them in 50-ct boxes.  This will reduce the single stick price from $6.40 to $5.25.  The blend (CT broadleaf over Brazilian Mata Fina binder over cut Nicaraguan fillers) will remain the same.  The new packaging will begin to arrive on retailers’ shelves in the next few weeks.

The price increases are rolling in now, with Oliva this week and Padron next week.  Oliva is going up by about 2.5-5% on average; Padron goes into effect April 1st, with about a $.20/cigar increase.  Rocky Patel is also raising some prices April 1st – but not an across-the-board increase.  Some lines; up to 5%.

Last week we talked a bit about Crowned Heads’ “Single Action”; this week, we have a bit more news about this year’s Angel’s Anvil.  It will be coming down the pike in June.  The 2015 edition will be a 6×52 toro, running about $10.50 at retail.  Total production will be about 20,000 cigars – which will only be available at TAA member retailers.  The line is made by EPC, and carries an EC Habano wrapper over Nicaraguan binder & fillers.

One other TAA exclusive is being produced with a twist this year.  LFD will be presenting 3 different blends to the TAA membership at their 47th annual meeting this year.  Retailers can place orders for their favorite of the three….and only the most-ordered blend will be produced/shipped!  Other orders will be canceled.  I like it.  It’s a fun twist, although I’m interested to see if the retailers who want a nixed blend get a bit upset.

In addition to the already unique focus on small batch production, Viaje is mixing it up again.  They are partnering with (yet) another cigar factory for some of their lines.  Pinar del Rio in the DR will be producing some of their lines.  One new introduction, the Viaje Collaboration 2015, will be the first major batch created in the partnership, but PDR will assume production for some existing marques as well.

In a story that reached local to me, the Florida ABT has seized upwards of $100k in counterfeit cigars and tens of thousands of counterfeit boxes & bands – mostly Cohiba.  One of the main culprits in the operation was Island Cigars, based out of Oldsmar, FL and Weekiwachee, FL (just a few miles from my house).

2010 Montecristo #2 – I’m never sure what to expect with Mc#2s. This was a stronger cigar with less tang than the 2000 vintage sticks we smoked last year on the show. I got only moderate cocoa & sweet coffee flavors that are the hallmark of this classic cigar. Marred with the highest expectations, this cigar often seems to fall short. This was an enjoyable experience but inconsistency of expected blend integrity took away from the singularity of its tasty experience.

7-20-4 Londres (5×42): Nicaraguan, Honduran, Mexican and Colombian, long-fillers, Costa Rican binder, and Brazilian Mata Fina wrappers (!)  I’ve enjoyed these for a couple years on occasion.  They’re a “workhorse” smoke for me – they don’t really ever stand my world on its head, but they never fail to provide an enjoyable experience.  Solid woodsy core with some modest spice, decorated with an intermittent sweetness.

Punch Signature (4.5×50):  I had a Rothschild in this new line, and it might be the best Punch I’ve had since the Grand Cru maduro #2 (my favorite).  EC corojo wrapper over Nicaraguan binder and Nica/DR fillers.  Bright spice, some cedar at times.  Was a bit more potent in terms of strength than I expected.  Not overpowering, but brought the “oomph” with it…

Next episode (109) we will be featuring EP Carrillo Dark Rituals.  So come by Half Ashed Friday night at 9:30pm EST and hang out with us in the chatroom during the show.  If you would like to contact us in the meantime, you can reach us via the Contact Page or the following emails:[email protected] or [email protected] Please feel free to drop us a line if you have any questions you’d like answered, comments to make…or even compliments and complaints.  We love to get your emails!  Also, remember you can always go back and listen to previous episodes, which can be found in the Half Ashed Archive.  You can download this week’s audio directly below (right-click “Download” and save), find us on iTunes, or subscribe with any podcast app at our RSS Feed.  Video, as always, will be available at the Half Ashed YouTube Channel.

P.S. – If you have unbanded suggestions or contributions, you can get those [email protected]  This email address goes directly to my wife, so you can simply suggest an unbanded cigar for her to source, or send me an email [email protected] if you have something you’d like to send in.  I will provide an address to send them.  Thanks!

Hello everyone and welcome back to another week of Half Ashed fun.  Through an odd series of events, we only selected this episode’s Cigar of the Week (the Drew Estate Nica Rustica “El Brujito”) moments before showtime – a bit out of the ordinary for us, as these are usually planned weeks or even months in advance.  Tune in to get our thoughts on this new offering from Drew Estate.  In news this week, we cover stories from AJ Fernandez, House of Emilio, Oliva/Tampa Humidor, Joya de Nicaragua, and Torano.  We also follow a few tobacco-related rabbit trails, and discussed what’s been on our minds this week, including an article I wrote over on The Cigarmy about how we perceive expertise, and what we’ve been smoking.  Finally, we go over a couple of listener emails and pairing recommendations we received recently.

Next week, our Cigar of the Week will be the Quay D’Orsay Imperiales, one of Craig’s favorites.  Be sure to check back in for that next Friday night at 9:30pm EST at www.halfashed.com, where you can catch us recording and participate in the chatroom.  If you would like to contact us in the meantime, you can reach us through the contact page or at the following email addresses: [email protected] or [email protected]  Please feel free to drop us a line if you have any questions you’d like answered, comments to make…or even compliments and complaints.  We love to get your emails!  Also, remember you can always go back and listen to previous episodes, which can be found in the Half Ashed Archive.  You can download this week’s audio directly below (right-click “Download” and save), or find us on iTunes to subscribe.  Video, as always, will be available at the CigFed Half Ashed Video Archive.