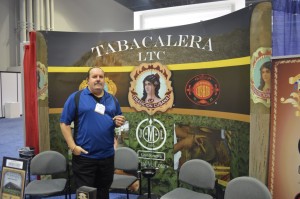 This week, I’m starting a new series of brief surveys intended to profile some of the folks I meet in the cigar industry that you may or may not be know about, but I think make some very good cigars.  To kick the series off, I’m beginning with Luis Sanchez, proprietor of La Tradicion Cubana.  Luis produces several lines of cigars – including his own La Tradicion Cubana, Sabor Cubano (maduro), Las Memorias Cubanas, the new American Born Cubans, as well as a growing number of boutique lines for others with which you are probably familiar.  Luis fancies himself a “mad scientist” of cigars, and creates some of the most unique and imaginative cigars you’ll ever come across (see pictures of the Toleton and Great Pyramid below)…however, the cigars are not mere gimmicks.  Every one is smokeable and intended to be enjoyed.  Of course, he also produces some outstanding cigars in most traditional vitolas as well.  He set up shop in Miami in 1995, and has since opened a factory in the Dominican Republic where most of his cigars are made today.  I first met Luis on a work trip to Miami several months ago, and have had the pleasure of spending a number of hours in his shop on Calle Ocho since.  If you ever find yourself in South Florida it’s definitely worth the stop to visit Luis and pick up some cigars.  If you have the time, you can get a few great stories and entertaining conversation to go with the sticks. 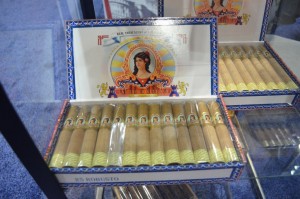 Luis’ standby line for me personally is his La Tradicion Cubana.  The LTC is a very flavorful medium-bodied smoke.  I especially enjoy the corona in this line.  The blend is very creamy, giving what I call a “tropical spice” flavor – leaning toward some of the sweeter spices found in some Caribbean cooking rather than what you might associate with a “spicy” smoke (I totally stole that terminology from Dale Roush on Dogwatch Cigar Radio – he puts that into words far better than I).  A sweetness prevails throughout the blend, of which I have grown quite fond.  I would place it nearer to allspice than a pepper spiciness.  Additionally, after smoking many (MANY) of his coronas in this line, I can’t remember ever having any burn issues whatsoever.  The construction is always faultless, and worryfree.  The blend consists of an Ecuadoran wrapper around a Honduran binder and a blend of Dominican and Nicaraguan tobaccos in the filler. 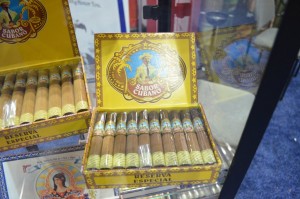 His Sabor Cubano is a line of maduros, produced entirely by traditional fermenting and aging methods.  Luis is very enthusiastic and committed to tradition – which shows through in his cigars.  I appreciate his dedication to “doing things right.”  The Sabor Cubano is earthy and dark, very full flavored, and medium-full in strength.  He uses a Brazilian oscuro wrapper on this line (which has been aged for five years), accompanied by an Ecuadoran binder and Dominican/Nicaraguan filler blend.  It’s a lovely smoke, which lives up to its “Cuban flavor” namesake.  I think all maduro aficionados would enjoy it considerably. 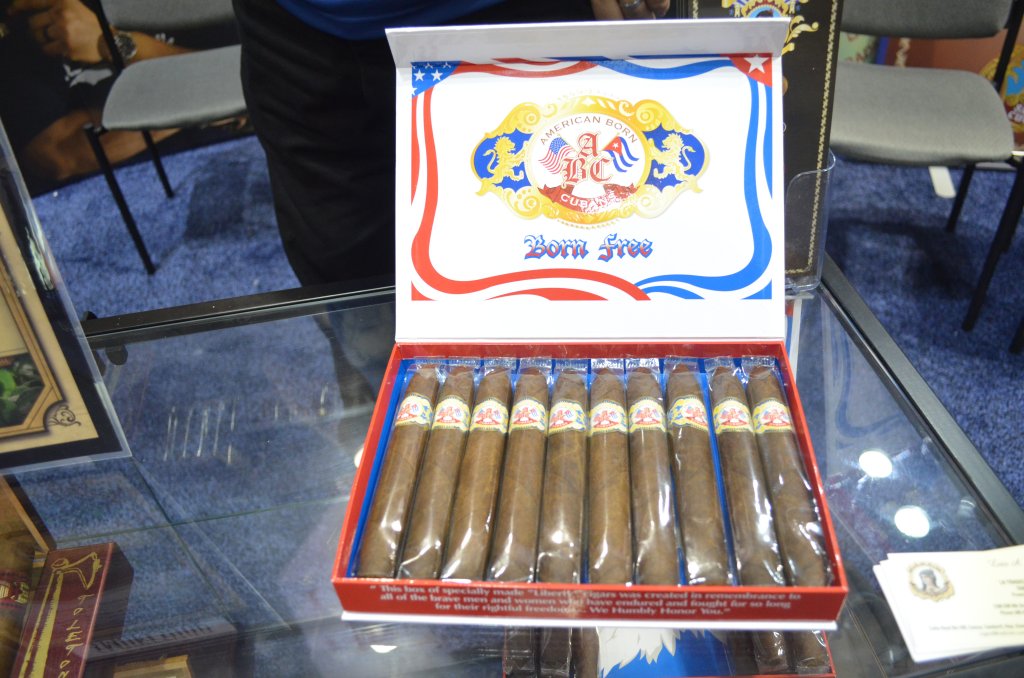 Luis’ new line is called “American Born Cubans.”  It’s available in one vitola – a 6.5″ X 57 ring torpedo.  I spoke with Luis at IPCPR about the new line, and in typical “mad scientist” fashion he’s not yet ready to publish any details about the composition of the blend.  I’m anxious to give these a try, and plan on picking up a few when I’m down in Miami over the next few weeks.  Based on my previous experience with his cigars, I feel fairly confident I will thoroughly enjoy them…

Some of Luis’ other offerings are his own JML (named for his grandfather – Jose M. Losa), Jameson’s Red-label, Black-label, Santos de Miami, and Southbound Series, as well as some Casa Gomez and La Caridad del Cobre.  You can’t go wrong with any of these lines.  Aside from the LTC corona, my personal favorites are the Jameson Red, Casa Gomez, and La Caridad del Cobre maduros.  I’d encourage you to try the range.  With so many offerings, I am supremely confident there’s a cigar for you.  It’s a rare thing to encounter someone as enthusiastic and entertaining as Luis that also produces such great cigars. 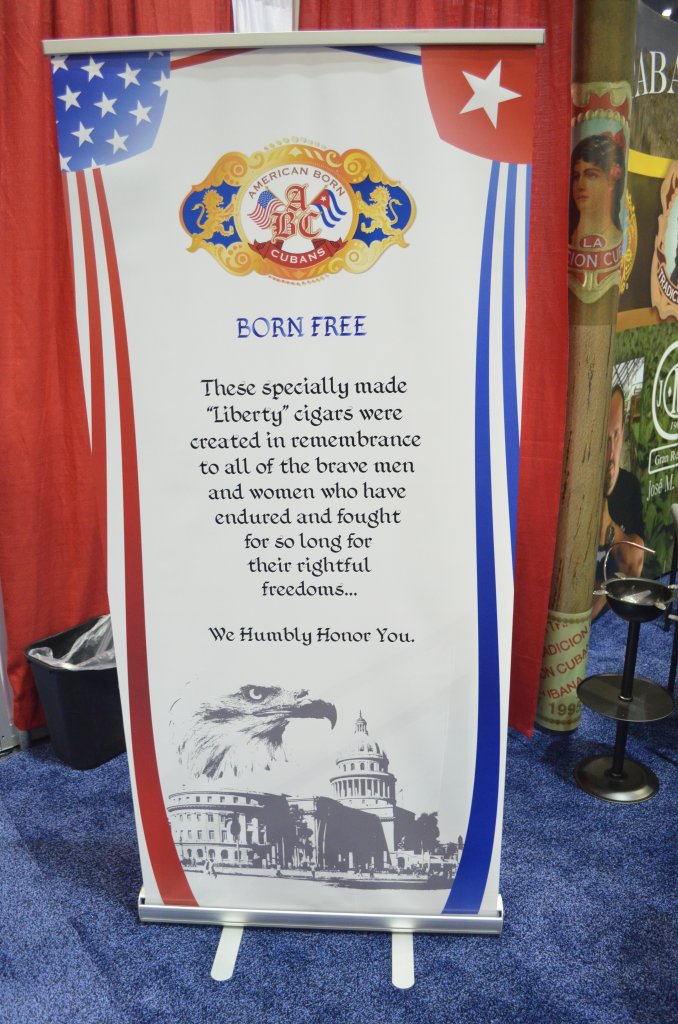 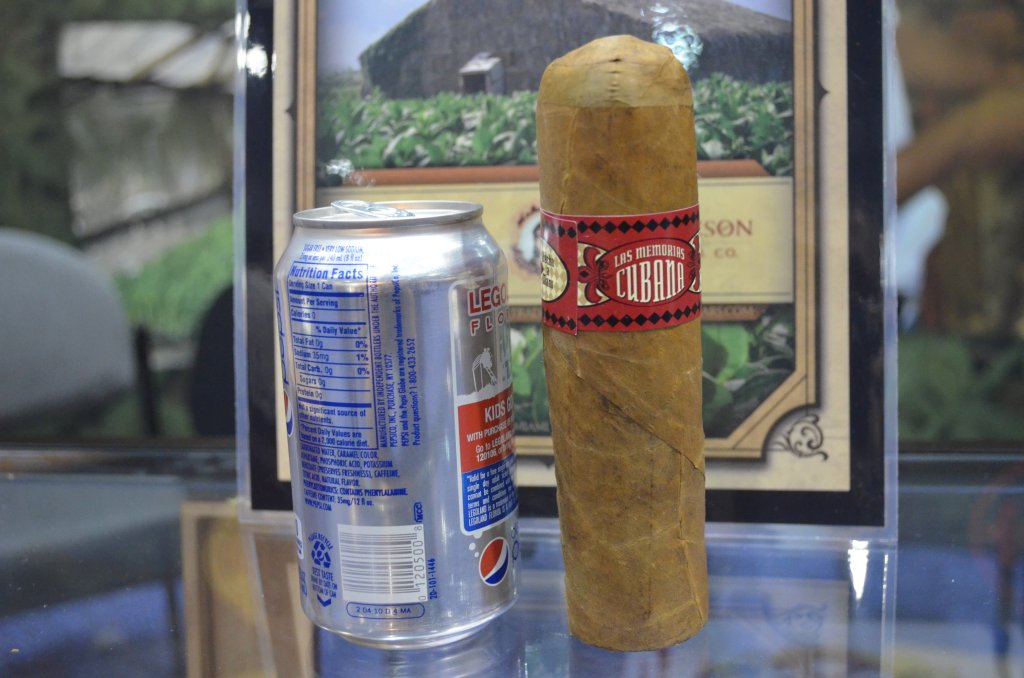 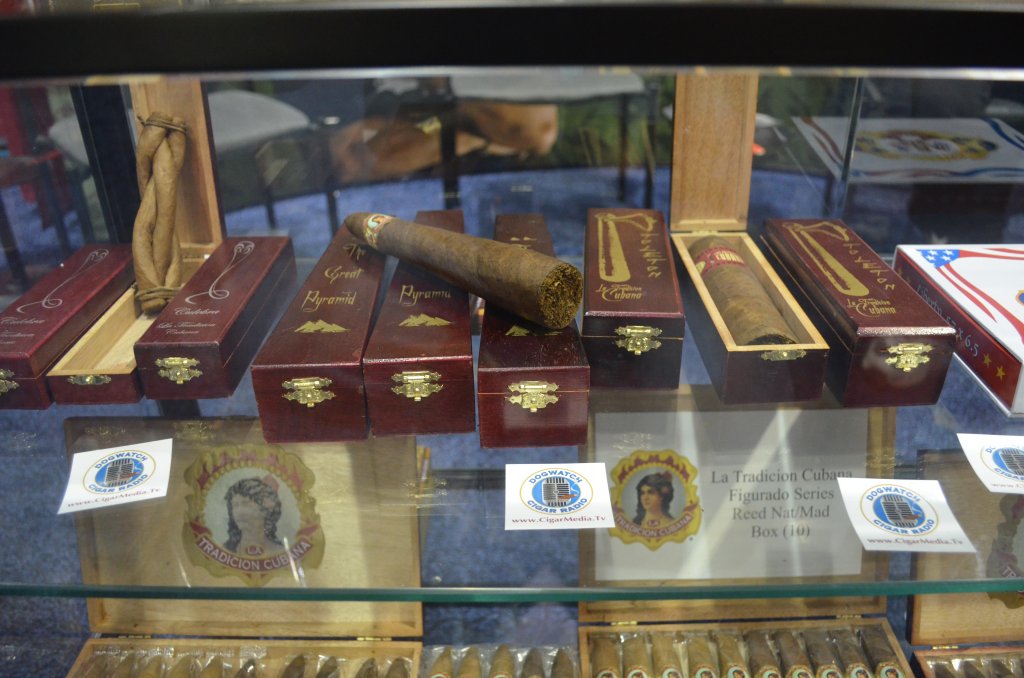