Regular readers will know that I don’t often do accessory reviews, having only done so on relatively few occasions.  That being said, the folks at ScrewPop sent me a sample of their new tool to try out and I thought the experience I’ve had warranted mention.  If you’re not familiar, the ScrewPop Cigar Punch is a multi-functional tool serves both as cigar punch and bottle opener.  It will clip to your keychain or anything else you can fit the end clip on.  I actually used and carried the original version attached to my keychain or travel humidor for a while, but…frankly…the blade was a bit overmatched by my typical usage.  It produced a narrower cut than I normally opt for when electing to use a cigar punch, and the honed angle on the blade was too steep.  A steep slope on a cutting blade will, of course, eventually lead to a poor cut and mangled head.

Back in May, I posted a notice on The Cigarmy when the company announced that ScrewPop 2.0 was in the works.  But when a package arrived from the company a couple weeks ago, I didnt’ really know what to expect.  I’m happy to report that I have been using the device almost exclusively since I got it and have to admit it’s remarkably better built than the original.

Here are the differences I’ve noted, and a couple production notes:

As I mentioned, I’ve been using the new one.  A lot.  Overall, I couldn’t be more pleased.  The only change that could be construed as a negative is that the price has gone up from about $8 to almost $15 – however, I believe it’s still a worthwhile investment.  I’ve paid more for cigar punches on at least two different occasions where I was disappointed in short order.  At the $14.95 mark, I would be comfortable replacing mine should I need to in the future.  Of course I’m the guy that would rather just pay more and get a useful product rather than save a buck and grumble about it for its entire life…. 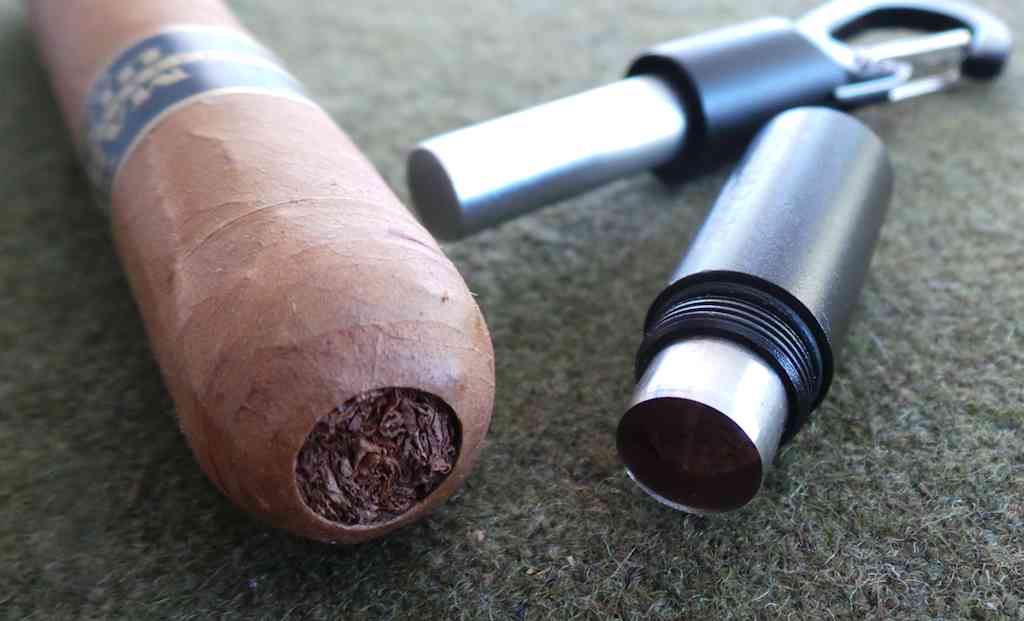