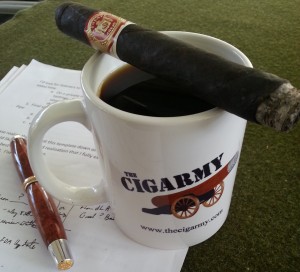 Back in the Cigarmy days, I pilot-tested a couple of features that were never perfected.  Notably, I wanted to include users in the reviewing process – or at least have user reviews available to supplement my own.  I have no special reviewing superpower, and love trading feedback with other folks and their experiences with a given cigar.  For whatever reason, I was never happy with what I settled for over there (which also happens to be what we’ve used here on Half Ashed for the past few months).  Previously, users could leave nothing more than a comment and an anonymous overall score for a given cigar.  My desire was to have it so that users could leave a detailed review with all the same criteria as what is written into my review, as well as any detailed specifics he/she would like to write up.  Well, this past week I have finally had some time to install that functionality here on Half Ashed.  The basic functionality is in place, although a couple of (very) minor decorative changes are still to be amended.  I’d like to invite you to head over to the reviews and drop your own scores into any that you have personally smoked.  This system only applies to cigars reviewed since the numerical rating was added – about 20 or so reviews as of January 2014.  Of course, all new reviews are in this format so everything going forward will have the option.[/one_half]

If you would first like to see details about my philosophy on the reviews, you can check out the current cigar review guidelines.  There are also a couple of recent pipe tobacco reviews (and accompanying guidelines), which originated with our first pipe episode in October 2014.  This is an aspect of Half Ashed that will likely grow quickly in the days to come.  Our plan is to have a (roughly) quarterly episode featuring the myriad aspects of pipe smoking, along with occasional spots as well. 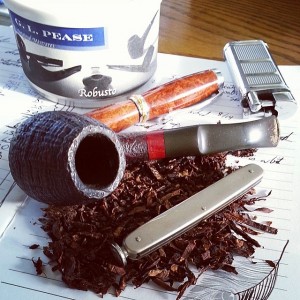 So, swing by the review listing and see if there are any for which you’d like to leave input.  Any reviews that appear with a numerical score in the listing should have the user review functionality already in place.  My only request is that you not be “that guy” – the jackwagon who leaves unrealistically low scores to skew the results.  If you drop a few “0’s” in there, I’ll have to back them out.  We’re looking for something useful to the community at large.  Craig and I have proclaimed from the inaugural episode of Half Ashed that we’re all about community.  This is just the latest effort in building just that.