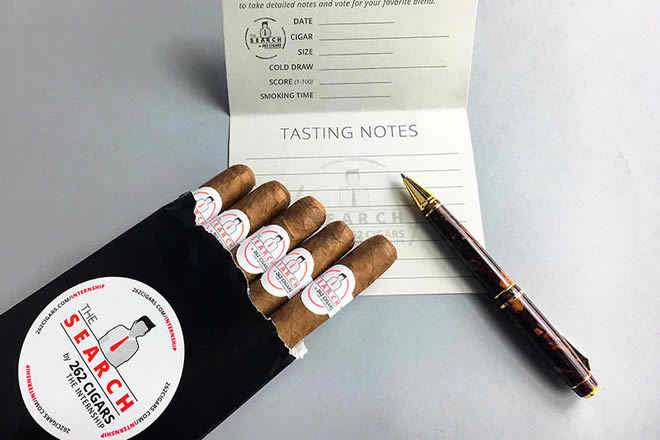 262 Cigars wants you to help pick the company’s 2017 line launch.  Throughout 2016, the they are giving consumers an opportunity to speak into the process of creating a new line.  To date, the 2017 release options have been narrowed down to four blends; they want smokers’ help in reducing that to a single blend.

During the upcoming year, the company will release 5-packs of the four remaining blends for sale via their website.  Buyers can purchase the cigars, record their thoughts about them, and rate them online.  The first of the four blends is known as The Search, and can already be ordered.  Subsequent test blends will be called The Resume, The Interview, and The Offer.  Once ratings have been recorded and tallied, the official blend will be launched next year as “The Intern.”  The line will acquire a new name once fulltime production commences.  The cigar will be available at 262 retailers everywhere.

According to the mailing distributed Tuesday, the company is also “pulling the curtain back on much of what we do behind the scenes here at 262 HQ“, bringing consumers into the loop on how new cigar names, designs, packaging style and other aspects of a brand are determined.  Photos and other details from the brand will be published throughout the process as the blends are released.