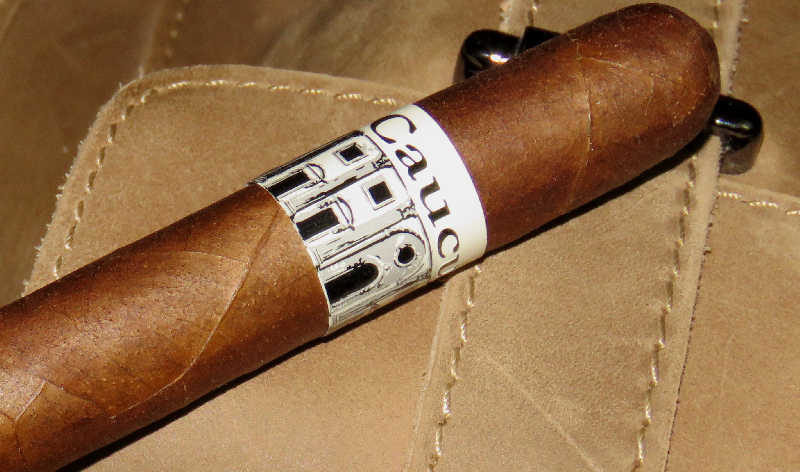 The Georgetown Tobacco Caucus is only available at Georgetown Tobacco, and was blended in 2009 when David Berkebile visited Rocky Patel’s factory in Danli, Honduras. The blend was designed to complement the flavor of the Ecuadoran Sumatra wrapper leaf, which is David’s favorite. The result is a rich and satisfying smoke that avoids the extremes of strength and taste which have become common in today’s cigar market. The medium body and subtle flavor make the Caucus accessible to a wide variety of cigar enthusiasts, who have made this the most popular brand in our store. Provided to us by Cigar Man for Life, these sticks have been with us for a while and are a few that we both enjoy. Probably the best cigar I’ve had produced by Rocky Patel since the RP 15th Anniversary in 2010. Tonight’s cigar is 6” x 52 and sells for about $7.