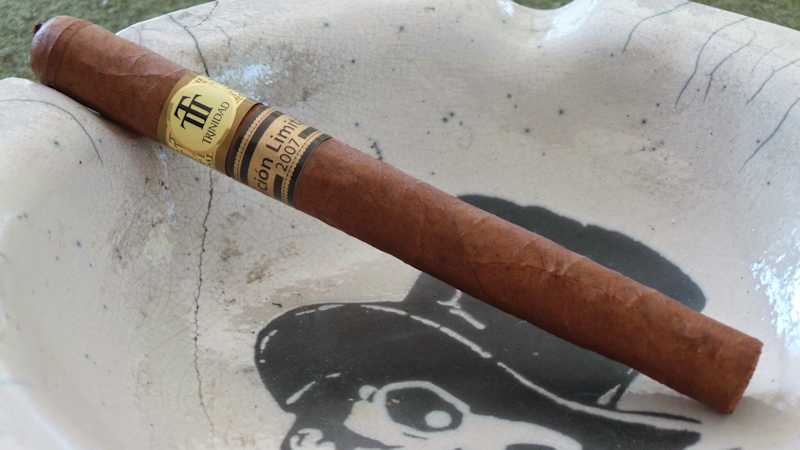 In July of 2014, we featured the Trinidad Ingenios Edición Limitada as our Cigar of the Week on Half Ashed Episode 073.  I still had one of the cigars stashed away after the show, and decided to pull it out and write up some quick review notes on it this week just to see how it had progressed during the intervening nine months.  Craig introduced the cigar thusly:

The commercially available Trinidad brand was introduced to the market in 1997 with the Fundadores, and the Edición Limitada trend began in 2000. For the first time in 2007 the two came together in this lonsdale. At 6.5”x42 it is a beautiful size to match the beautiful appearance of this unique stick. Trinidad, a decidedly sweet tasting brand, and the E.L. wrapper leaf, an almost agonizingly dark-tasting priming of tobacco were combined into this stick in September of 2007. I’ve included this cigar because of what it SHOULD have been compared to what it actually is. 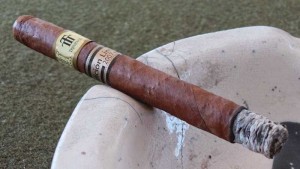 Unlike most reviews here on Half Ashed, I have not had two of this particular line in quick succession; they were spaced three-quarters of a year apart.  Nonetheless, I wanted to know how the two would compare.  I had a different-than-expected experience during the show, and wanted to see if the same would hold true today.

One of the first things I noticed on the Trinidad Ingenios is the depth to which the cap extends beyond the shoulder of the cigar.  I don’t know if this is characteristic of the brand, but it went well beyond the normal scope and range of a cigar cap.  The wrapper is firmly planted in the medium brown color spectrum with no tooth of which to speak.  The veins are small to medium in size and the pack feels firm and consistently distributed.

Once clipped, the draw is slightly tighter than deliberate and produces a very “clean” (almost minty) flavor.  It produces a bit of a tingle on the lips and a slightly tannic flavor rearward on the palate.  As almost an afterthought, a dose of cedar comes through on the cold draw as well. 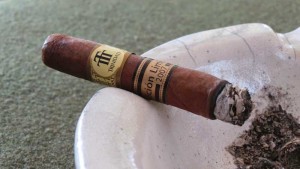 The initial puffs from the Trinidad Ingenios are almost floral.  It reminds me of the “Old Timers’” pipe tobacco blends with their hints of anisette.  The floral character continued to sweeten, becoming almost like some sort of honeyed confectionery.  This would endure throughout the first third and into the second, and is a radical difference from what I experienced when we smoked these in 2014.

During the second third, the sweetness waned, introducing a more leathery profile.  The draw actually seemed to choke off around the midpoint of the cigar.  I used a Havana Saver and was able to free it considerably.  Before this correction, I had begun to have some trouble keeping it lit.  The situation improved afterward.  The sweetness abated somewhat around midpoint, and as I entered the final third of the cigar, I’m got a solid dose of dusty earthiness coupled with a darker sweetness –brown sugar.  The strength took a noticeable uptick at this time as well.  This would persist to the very end, although it never grew to an unmanageable level.  I’d place it firmly in the medium range of potency overall.  As I neared the end, a bit of charred marshmallow flavor tells me it’s time to put it down.

I was told that the Trinidad lineup was “a monumentally sweet brand.”  I can’t disagree.  In the first example I smoked months ago, I found some sweetness.  In this one, it was almost legendary.  I am very impressed with how this most recent Ingenios managed to walk the line between sweet and cloying without overstepping the line at all.  Outside of a few construction issues in the form of a slightly tight draw, I found it quite enjoyable.  I don’t think I would spend my last dollar on more of these, but should an opportunity arise I would certainly not avoid the chance to smoke more.